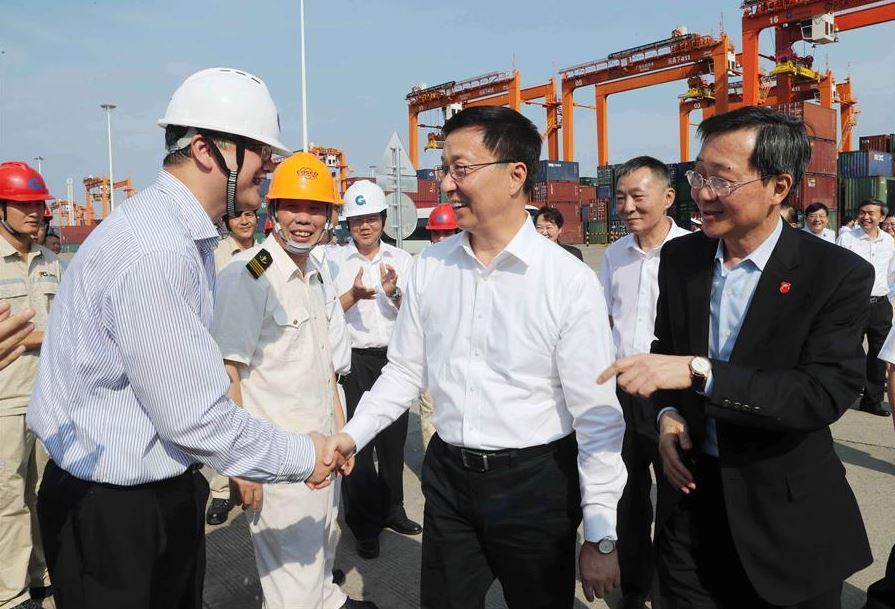 During his two-day inspection tour in a free trade port area in Qinzhou, Han, also a member of the Standing Committee of the Political Bureau of the Communist Party of China Central Committee, stressed the importance of building a southbound trade and logistic passage that links the western regions in China with the member states of the Association of Southeast Asian Nations (ASEAN).

More efforts should be made to combine sea and rail transportation at ports in the Beibu Gulf to strengthen ocean-oriented foreign cooperation and connection with international markets, Han said.

In China-ASEAN industrial parks, Han called on the local government to foster a sound business and legal environment to attract overseas investment. He also encouraged foreign businesses to seize the opportunity to board the fast train of China's economic development.

Han also highlighted the need to implement tax and fee reduction as well as easier financing to alleviate the burden on private and small- and medium-sized enterprises so as to support the real economy and create a sound environment for private economy.