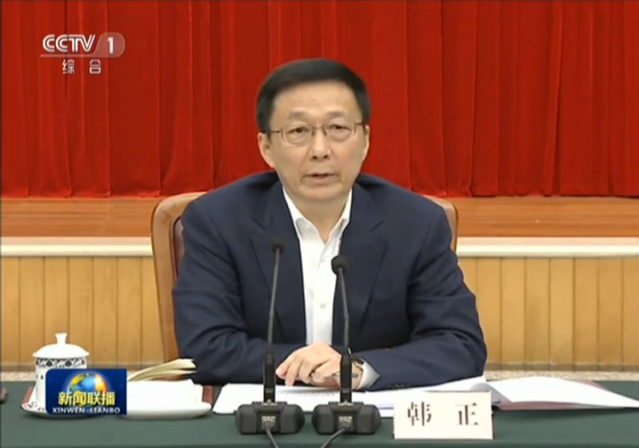 Han, also a member of the Standing Committee of the Political Bureau of the Communist Party of China Central Committee, made the remarks when presiding over a symposium after an inspection of the National Development and Reform Commission (NDRC) Tuesday.

He also called on the NDRC to monitor employment situation and take measures to stabilize employment.

Han called for solid efforts to advance the Belt and Road construction, promote the Beijing-Tianjin-Hebei coordinated development, and push forward the Xiongan New Area construction with an open and market-oriented mechanism.