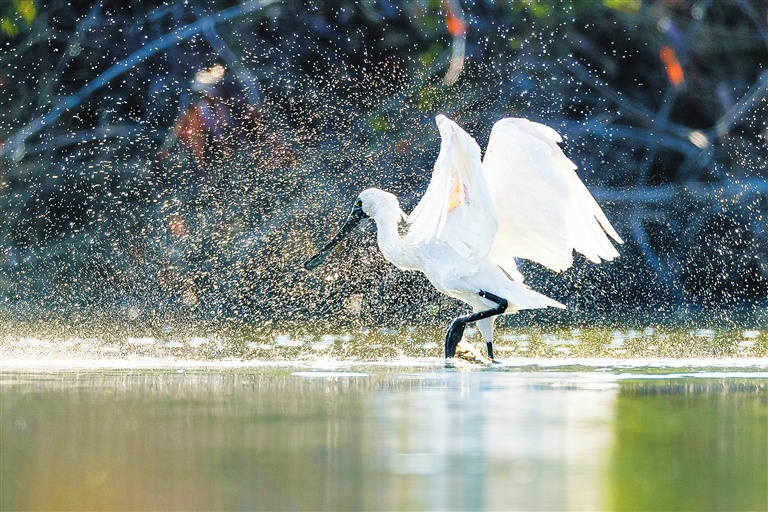 The short video, filmed in the beginning of January, recorded dozens of black-faced spoonbills’ daily life in the Futian mangrove reserve, according to a staffer from the Guangdong Neilingding Futian National Nature Reserve Administration, which submitted the video to the competition.

The spoonbill, under first-level State protection, has a black face, a long spoon-like beak and red eyes and forages in the shallow waters.

It is reported that each year more than 10,000 migrant birds spend their winter in Shenzhen Bay, which is one of the major wintering grounds for about 10 percent of the world’s black-faced spoonbill population.

Since December 2020, the city’s planning and natural resources bureau has installed two sets of panoramic cameras for ultra-HD videos, pan-and-tilt cameras and infrared cameras in Guangdong Neilingding Futian National Nature Reserve. The cameras will monitor the wild animals in the reserve in real time. And the animals’ daily life can be livestreamed.