The video, filmed in the air shortly before landing at Yinchuan in northwest China's Ningxia Hui Autonomous Region on November 30, shows a female attendant standing in front of airline meals and eating out of one of them. On December 7, Urumqi Airline issued a statement that the worker had been suspended for not following standard procedure. However, Chinese netizens reacted with a mixture of shock and outrage. They wondered why eating leftovers was such a big deal, and also attacked whoever shot the footage and shared it online. 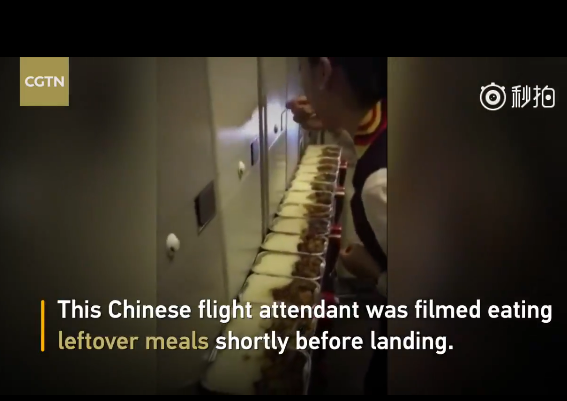