It’s that time of the year again when skating in Beijing becomes super fun. In Shichahai Park, central Beijing, skating hobbyists are seen skating on ice-bikes, ice-chairs, and seal-shaped ice-cars to enjoy different ways of riding and sliding on the ice playground. 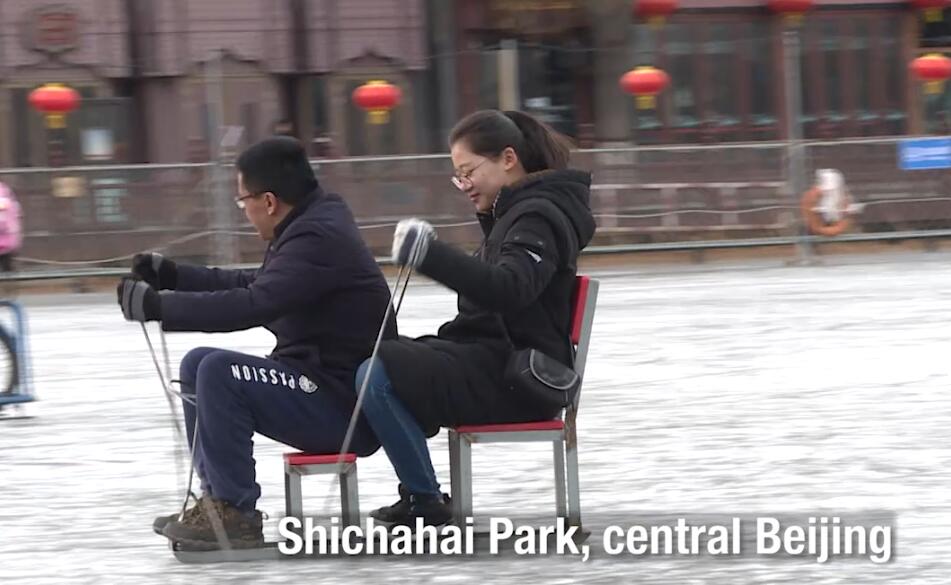 Laughter, music, sounds of blades hitting the ice, there is no better recreation for one to enjoy the fruit of winter in Beijing.

“In Canada, we have all of skating. It’s like a national sport. But something like this, skating on a bicycle, you can’t really find it there,” said Andre Caragheorghii, who is visiting Beijing from Canada. 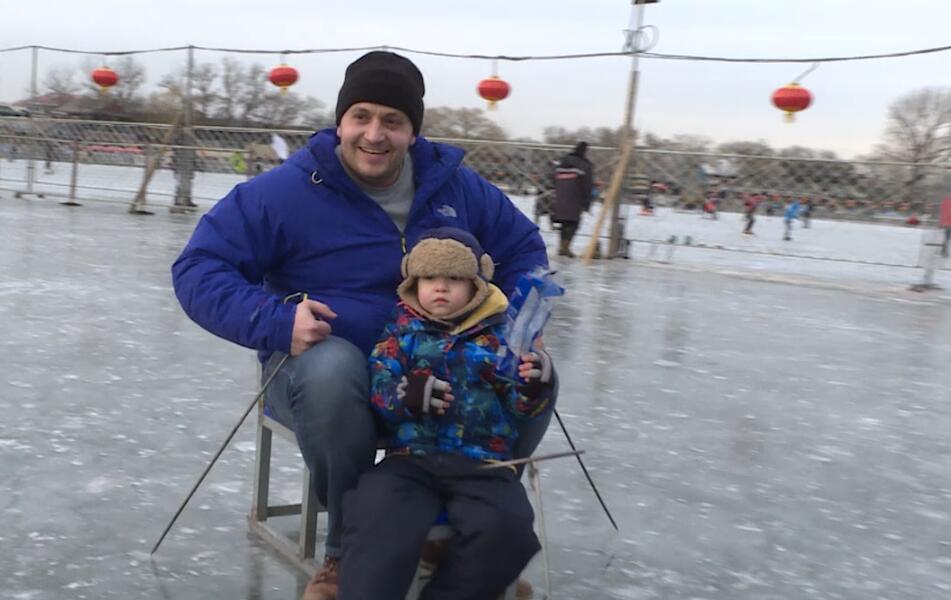 He was riding on an ice-chair with his son sitting on the front. The father and son were collaborating by sticking their iron sticks onto the ice surface to move forward, to feel the joy of being frictionless and unstoppable. “I think it’s a very good experience. You can spend a very good time with your family,” Caragheorghii said.

Each year, six major open-air skating rinks open for business when the frozen lake is thick enough to skate on. The ice has to be over 15 cm thick to be safe. Staffs patrol the lakes three times a day to make sure that’s the case. 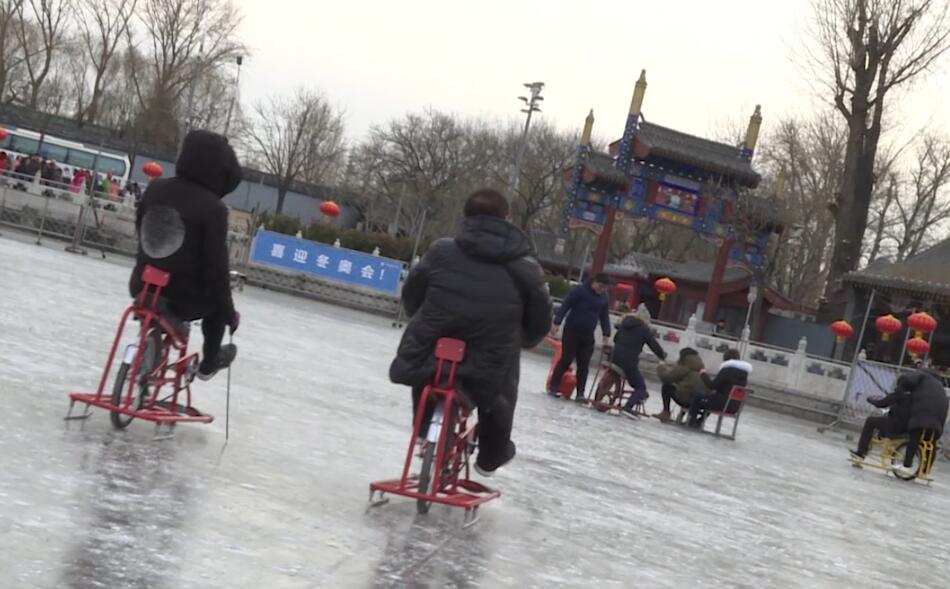 This year, Shichahai skating rink is themed on the 2022 Winter Olympic Games to be held in Beijing and towns in neighboring Hebei province. The grand sports event is still four years away, but winter sports have become hotter than ever in China.

A number of other parks in Beijing such as Chaoyang Park in the eastern part of the city have also organized winter sport activities.

According to the “2018 Big-data Consumption Report of China’s Ice and Snow Tourism” published by China Tourism Academy and Tuniu.com, the market size of China’s ice and snow tourism reached 170 million people last year. A total of 27.6% of the tourists chose skiing resorts, while 72.4% enjoyed ice and snow scenic spots.

Over the past two years, over 100 thousand middle school and primary school students in Beijing also got to experience ice and snow sports on campus thanks to the Beijing Municipal Commission of Education, which have been organizing popularization activities of winter sports to get teenagers and children interested.