No casualties have been reported in an office building fire in Zhengzhou, capital of central China's Henan Province, local authorities said. 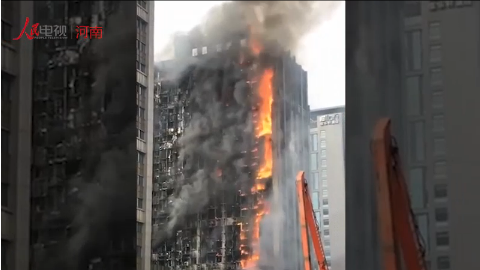 The fire broke out around 1:40 p.m. Thursday in an office building called Yuansheng International, owned by the property developer Greenland, in Zhengdong New Area, said an official with the city publicity department.

According to the official, the fire was initially seen on the building's thermal insulation layer.

As of 4:00 p.m., no casualties had been reported, and firefighters were working to put out the fire.

An investigation into the cause of the fire is under way.