Guangzhou (People’s Daily) -  In spite of beginning to lead in many areas, China faces enormous challenges with innovation, and the Confucian tradition is one of them, according to a US inventor with 700 Patents.

Jay Walker, the investor-turned-serial entrepreneur who founded Priceline.com in the 1990s, talked about the challenges facing China’s innovation with People’s Daily in an interview on the sidelines of 2017 Fortune Global Forum in Guangzhou on Thursday.

“As an inventor I study the history of invention, which is the history of China. Before the year 1,500 China invented everything. It only started in the year of 1500, when the Chinese turned inward, and stopped thinking about the world, and China stopped growing. The west, by luck, embraced the scientific method, and then had a technological industrial revolution that ultimately resulted in humiliation of China for a period of time. Now China has reversed.” He said.

“China is like a very strong person who has woken up from a long sleep. When China awakes, its population, its industriousness, its ambition, its determination, these are cultural advantages. But innovation takes dozens of years to become better at it. It takes tens of billions of dollars or more. It doesn't just happen. China in many areas is beginning to lead, and in many areas just catching up.” He told People’s Daily. 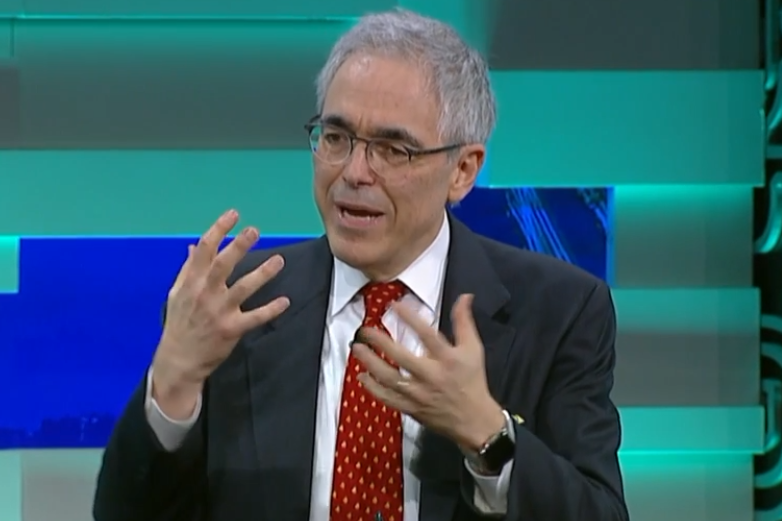 During the interview, Walker also talked about the difference in innovation between China and the US. He noted that China has reinvented itself as economic powerhouse. Now China has a powerful unlocking force for innovation, and Chinese people need to make the possibility a reality.

“Chinese people are survivors of hundreds of generations. The US just has the history of 250 years. It is nothing compared to China’s history. But the US embraced the scientific revolution and the industrial revolution 200 years before China, so China has to catch up,” He said, “But look what has happened in the last 30 years. Look at the city of Guangzhou. Those are all powerful unlocking forces, which are up to the Chinese people to do it. Unlocking just make it possible.”

Walker also thinks Chinese place too much value on school grades. “Bill Gates is a college drop-out, Americans are tend to be proud of it, Chinese are more defy by it,” he said.

“And China has other challenge that makes innovation difficult. Jack Ma said, don’t please your boss. Please your customer. Americans always know the customer is in charge, it is a relatively new idea in China.” He added.