Vietnamese Prime Minister Pham Minh Chinh said developing the Vietnam-China relations is a strategic choice and a top priority of Vietnam's foreign policy, during his meeting with Chinese Ambassador to Vietnam Xiong Bo on Tuesday. 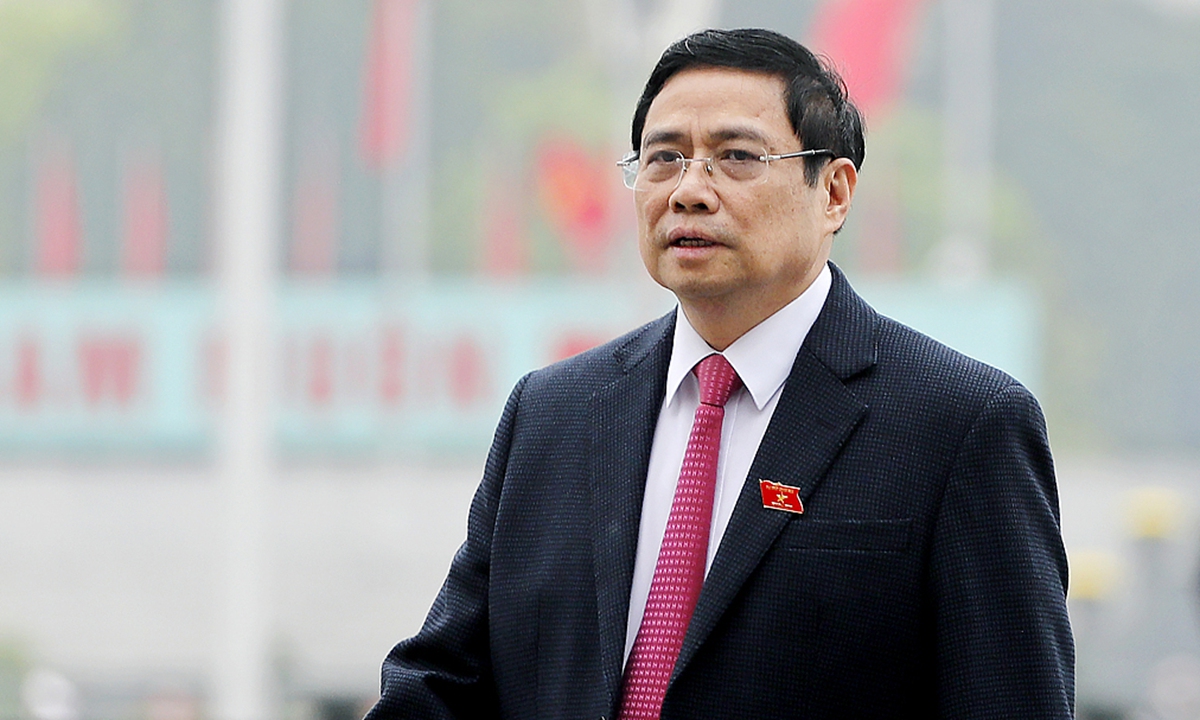 The meeting was held before US Vice President Kamala Harris started her visit Vietnam, who has accused China of "coercion" and "intimidation" in the South China Sea amid her roadshow in Singapore.

Chinh stressed during the meeting with Ambassador Xiong the importance of the communication between Vietnam and China, noting the two countries will deepen inter-Party, foreign affairs, national defense, and public security cooperation, and guard against "peaceful evolution" of hostile forces and their attempts to sow discord between the two countries, according to the Chinese Embassy in Vietnam.

Analysts said the message is clear before the visit of US vice president, that Hanoi will not allow the China-Vietnam relations to suffer because of Harris' visit.

The meeting also came on the heel of China's vaccine aid to Vietnam on Monday, which was urgently needed in the country. Chinh extended Vietnam's gratitude toward China, emphasizing that Vietnam opposes politicizing either the pandemic or the virus origins-tracing issue.

Xiong said China and Vietnam share the same political system, shared ideals and beliefs and similar development paths, and constitute a community with a shared future of strategic significance.

Describing the bilateral ties as a top priority, Chinh said a healthy and stable development of Vietnam-China relations plays a decisive role in advancing stability and development in the region.

Chinh said that Vietnam is ready to make joint efforts with China to implement the high-level consensus, continue to strengthen high-level exchanges in a flexible way and constantly consolidate political mutual trust.