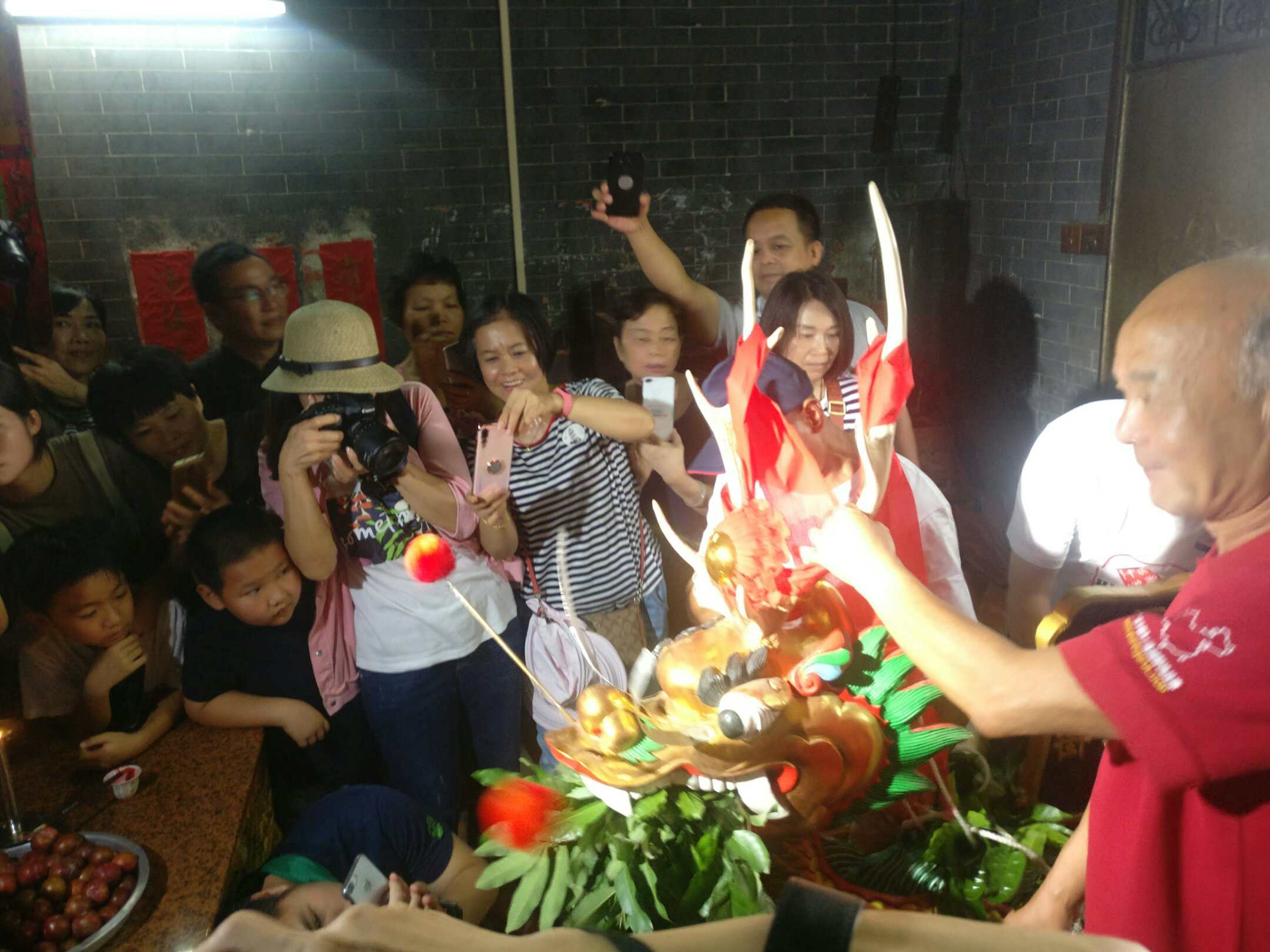 One day before the Dragon Boat Festival, thousands of people in Guangdong Province gathered in the Dragon Eye Village to have the eyes of their dragon boats "lit up."

Liang Hanyong, the only master in the village, chanted and painted for more than 100 boats from across the region. His brush strokes were simple, but his mantra, "Prosperity and Peace. All the way from head to toe," was powerful.

"In the dozen years I've done this, our village has never been affected by bad weather," he told CGTN. "The secret to doing this well is to be really devoted and have good intentions all along."

Villagers said Liang was chosen for the job because he's a good, upright man.

And the ritual that has gone on for almost 700 years still holds charm for the youth.

"Getting the dragon’s eyes lit up in our Dragon Eye Village, it’s the kind of thing we would ditch school for since we were little. Even though we work elsewhere now, we always come back for this," said Huang Jiaxian, a local villager.

But the practice is not completely modern. Locals still don’t allow women on the boats, sticking to the ancient theory that only "Yang" or spirits represented by the male should be on the boats. But they have ways to ensure everyone gets their share of good luck.

Everyone tries to touch the blessed head of the dragons, and feeding them with leaves is said to dispel bad spirits. When passing the dragons, boatsmen stomp up and down so that the dragon can wiggle in delight.

A visitor from Ukraine said he'd heard of the tradition and had come to get some good luck.

Another young mother said she had brought her son there to experience the blessing and will do so every year.

And for the boatsmen, the test of their luck will come a day later during the Dragon Boat Festival, as they compete in speed and grace on local waterways, riding the boats that are blessed in Liang's ritual. In the end, they will find out who has the best luck.