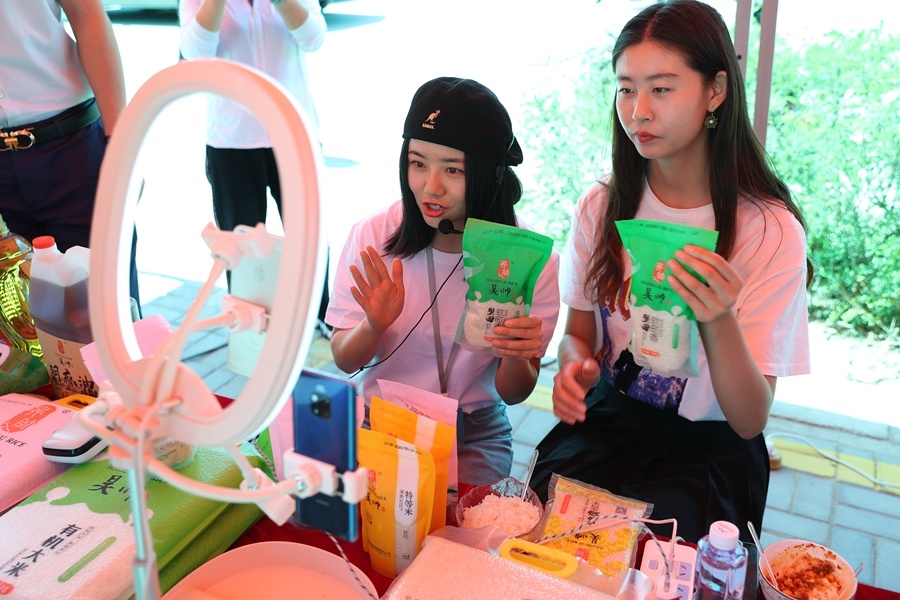 Ten years ago, Ma Jingzu was a construction worker in a village in Guyuan, the poorest city in the Ningxia Hui autonomous region. He barely knew about computers and the internet.

Due to the dry climate, high mountains and harsh environment in the area, some villages in Guyuan were relocated from the southern arid land to northern parts of the autonomous region thanks to a poverty relief program.

Ma was one of the villagers who moved to Miaomiaohu village, Pingluo county, in 2011.

A year after he moved there, he saw a TV program introducing e-commerce to rural areas.

"I was suddenly struck by the idea and wondered why didn't we sell our specialties and handicrafts online," he said.

At first he tried to persuade villagers to open their own online shops and sell their products.

However, those who had just settled down for a steady life after the relocation didn't trust him or his e-commerce plan. No one followed his advice. Even his wife didn't agree.

"But I was firm in my belief that introducing e-commerce to the countryside would be beneficial," he said.

He then pivoted his strategy by purchasing specialties from villagers and selling them on his own online shop at Taobao.