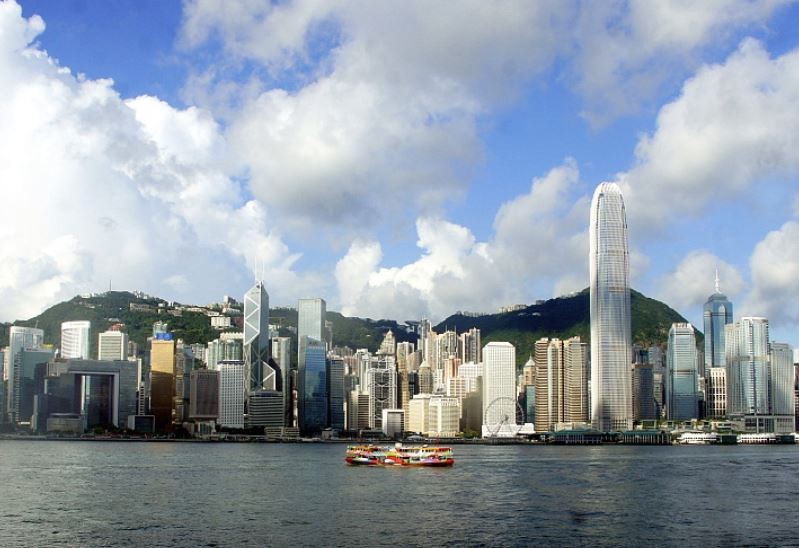 HONG KONG, Dec. 18 (Xinhua) -- While students in other parts of China are learning on safe campuses for a brighter future, many students in Hong Kong are not able to continue their normal studies and lives due to threats by prolonged social unrest.

Arson was set in metro stations, petrol bombs were thrown to school buses and explosives were found in schools. Violence during the past six months has severely interrupted the normal teaching and research in educational institutes, casting a shadow over the future development of education in Hong Kong.

"I still had one course to finish to get enough credits for this semester when we were forced to attend classes online," said Cathy Wang, a postgraduate at the University of Hong Kong (HKU).

Last month, the HKU announced the suspension of classes on the main campus for the rest of the semester because of "the uncertain and unsafe traffic conditions for travelling to HKU" so that the students could "stay away from campus and even leave Hong Kong should they wish."

"We wrote letters to the university in the hope of continuing our classes face-to-face, but the management team decided to move the classes and examinations online for security reason," Wang said.

Universities, as ivory towers for knowledge and research, were hit hard by rioters in Hong Kong. HKU facilities were damaged by rioters and many students have left the campus.

However, online classes are quite different from the face-to-face ones, especially to many students who need to conduct experiments in labs with professional equipment.

Wang said that many students from the mainland had left Hong Kong. However, she chose to stay here but was still unclear of the arrangements for the next semester.

"I want to stay here, but I'm also worried about my safety," Wang said. "Situation on the campus is unsettling and it's hard to fully focus on the academic work."

Situations are worse in the Chinese University of Hong Kong and the Hong Kong Polytechnic University, where the campuses were sadly occupied and damaged by radicals last month. It would take much longer time to restore the campuses back to normal operation.

"Hong Kong's higher education is facing international competition. Move forward, or you'll fall behind," said Mervyn Cheung, chairman of Hong Kong Education Policy Concern Organization. "Now, Hong Kong (higher education) is falling behind. It would take quite a while for Hong Kong to regain its advantages and status."

Concerns about teachers' role has been on the rise in the prolonged social unrest as an increasing number of students are involved in illegal activities in recent months. Since early June this year, the police have arrested a total of 6,105 people, in which almost 40 percent are students.

The Education Bureau (EDB) of the HKSAR government said that violations of teachers' code of conduct were found in 30 of 106 cases the EDB has carried out investigations into since June this year.

Some parents have complained that their children are forced to take a stand over political issues at school, and some teachers promoted biased thoughts and instructions which are worrisome, said Wong Kam-leung, chairman of Hong Kong Federation of Education Workers.

To avoid more students being misled, the police have warned against the acts of exploiting or inciting young students to participate in illegal and violent activities. EDB has also mulled punishing teachers for professional misconduct related to social unrest.

Liz Ma, the mother of a high-school student in Hong Kong, is quite worried about the violence's adverse effect on her daughter's education.

In November, violent protesters wreaked havoc across the region, vandalizing private school vans and paralyzing traffic. The EDB of HKSAR government announced mass class suspension over safety concerns, which lasted for a week.

Liz Ma and her daughter both felt quite helpless during that period, as high school students had heavy schoolwork and needed to prepare for the examination for university.

"The class suspension slowed down my daughter's study. We have to spend more time to catch up," Liz Ma said.

Democratic Alliance for the Betterment and Progress of Hong Kong pointed out that politics and violence should be kept away from school to ensure students' right to education and security.