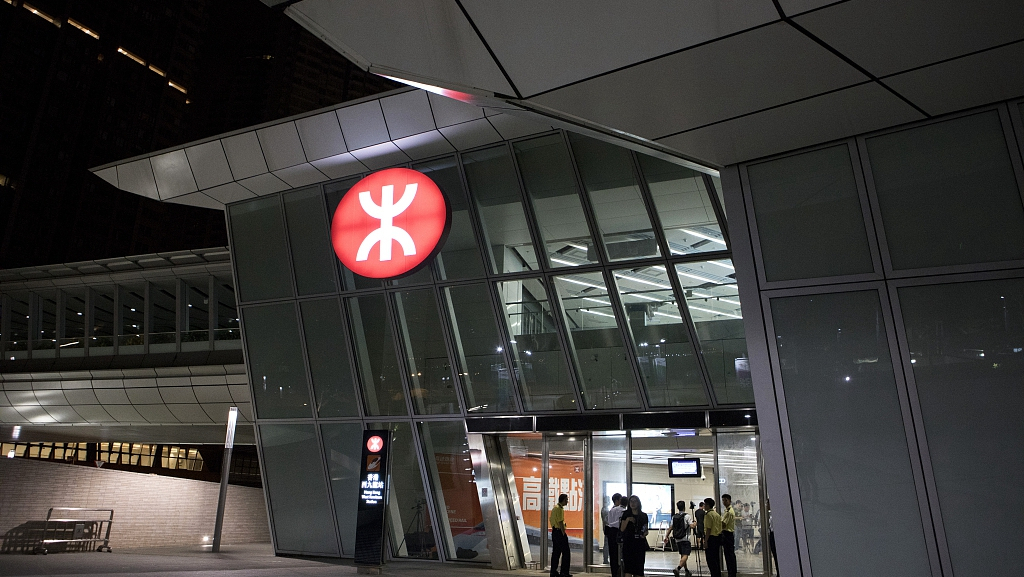 HONG KONG, Dec. 21 (Xinhua) -- The metro station adjacent to the Chinese University of Hong Kong (CUHK) reopened on Saturday, more than a month after being trashed by rioters.

But some entrances and facilities still remain closed for further repair.

Basic services resumed at the University Station in the morning after about five weeks of repair, the MTR Corporation, Hong Kong's railway operator, said.

The station fell victim to violence more than a month ago as rioters occupied the CUHK neighboring the University Station as a fortress. Rioters set fire to the station and destroyed a large number of facilities from ticket machines to escalators. The company said the scale and complexity of the repair works are challenging.

Some areas and facilities remained shut for ongoing repair works on Saturday. "Due to serious damage caused by arson, a lift connecting to Entrance/Exit C will require a longer time for repair," the company said.

The company called for a stop to vandalism of station facilities at the expense of the safety of passengers, MTR staff, and railway operations, saying such unlawful acts should not be tolerated.