Radical protesters in the Hong Kong Special Administrative Region have attracted a barrage of criticism and condemnation after they stormed and vandalized the city's legislative chamber on Monday night. 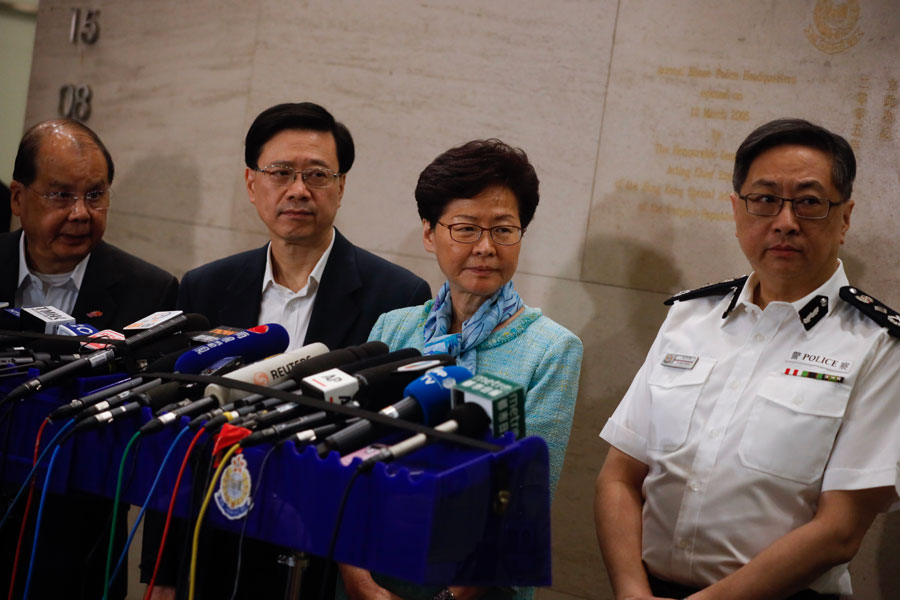 The central government and the Hong Kong community jointly denounced on Tuesday the violence and vandalism by masked protesters targeting Hong Kong's legislature and called for strict follow-up in accordance with the law.

The Hong Kong and Macao Affairs Office of the State Council issued a statement on Tuesday expressing its firm support for the Hong Kong SAR government and the police in upholding the rule of law and holding the lawbreakers accountable in accordance with law.

The Legislative Council was attacked on the day Hong Kong was celebrating its return to the motherland 22 years ago, the statement said. It said the attackers trampled the city's rule of law, disrupted Hong Kong's social order and damaged Hong Kong's fundamental interests.

"The violent behavior is in blatant defiance of the bottom line of 'one country, two systems'," the office's statement said. 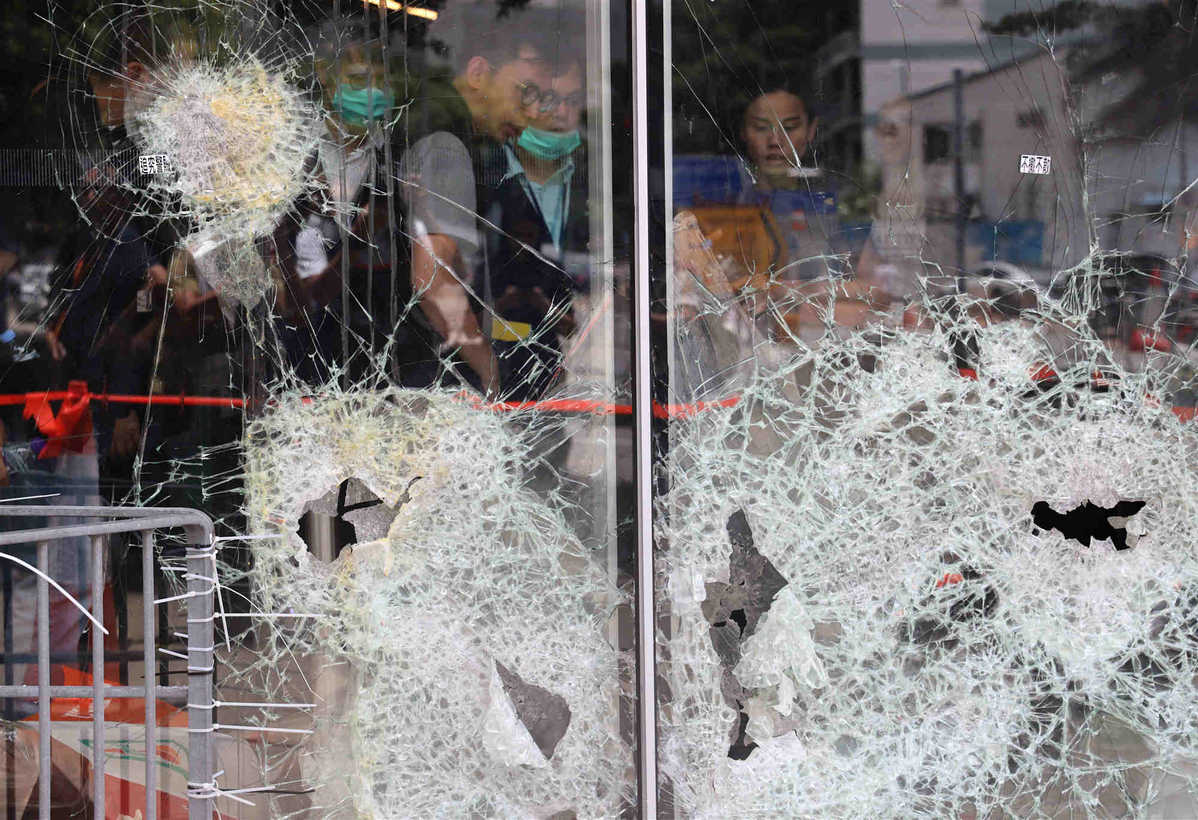 The Liaison Office of the Central People's Government in the Hong Kong SAR said in a statement: "Such savage acts were an outright provocation and trampling of the city's rule of law, which has gravely sabotaged Hong Kong's social stability and cannot be tolerated."

That office also expressed its firm support for the SAR government in dealing with the violence in accordance with the law, safeguarding the rule of law and social order and maintaining the city's prosperity and stability in concert with sectors of the Hong Kong community.

Responding to remarks by the United States, United Kingdom and the European Union on the violent protest, a statement from the office urged them to stop interfering in China's sovereignty and security and Hong Kong's prosperity and stability.

Their attitude was in stark contrast to how similar, large protests have been handled in their own countries, the office said.

Legislative Council President Andrew Leung Kwan-yuen said many people from Hong Kong were saddened by the scenes of violence.

Leung, after inspecting the aftermath of the vandalism, said the council will cancel its remaining meetings before its summer recess in mid-July because of the time needed to repair the extensive damage.

The damage may cost taxpayers HK$50 million to HK$60 million ($6.4 million to $7.7 million) to repair, according to estimates of the council's Finance Committee chairman, Chan Kin-por.

In the wake of the violence, barrister and lawmaker Martin Liao Cheung-kong, together with some 20 lawmakers, accused the opposition camp of ignoring the acts of the violent protesters and blaming the SAR government instead.

Maggie Chan Man-ki, a Hong Kong deputy to the National People's Congress, accused the opposition of continuing to condone and encourage the violent behavior, which sends the wrong message to society.

Richard Cullen, an Australian visiting law professor at the University of Hong Kong, said: "This sort of behavior leaves a stain on Hong Kong's rule-of-law reputation. It is plainly not compatible with the rule of law."

Meeting with the media in the early hours of Tuesday, Chief Executive of the Hong Kong SAR Carrie Lam Cheng Yuet-ngor strongly condemned the extreme use of violence and vandalism.

She vowed to follow up, given that the violence has undermined the city's long-cherished value of the rule of law, one of Hong Kong's cornerstones.

"This is something that we should seriously condemn because nothing is more important than the rule of law in Hong Kong," Lam said.

The clashes escalated as masked protesters, demanding withdrawal of the extradition law amendment that had been suspended on June 15, broke into the legislative complex at around 9 pm on Monday.

They tore pictures of Legislative Council presidents off the wall, painted profane language on the wall and damaged the facility, including chairs and glass cabinets.

On the same day, a large number of demonstrators took to the street to march against the government's extradition bill in a relatively peaceful fashion.