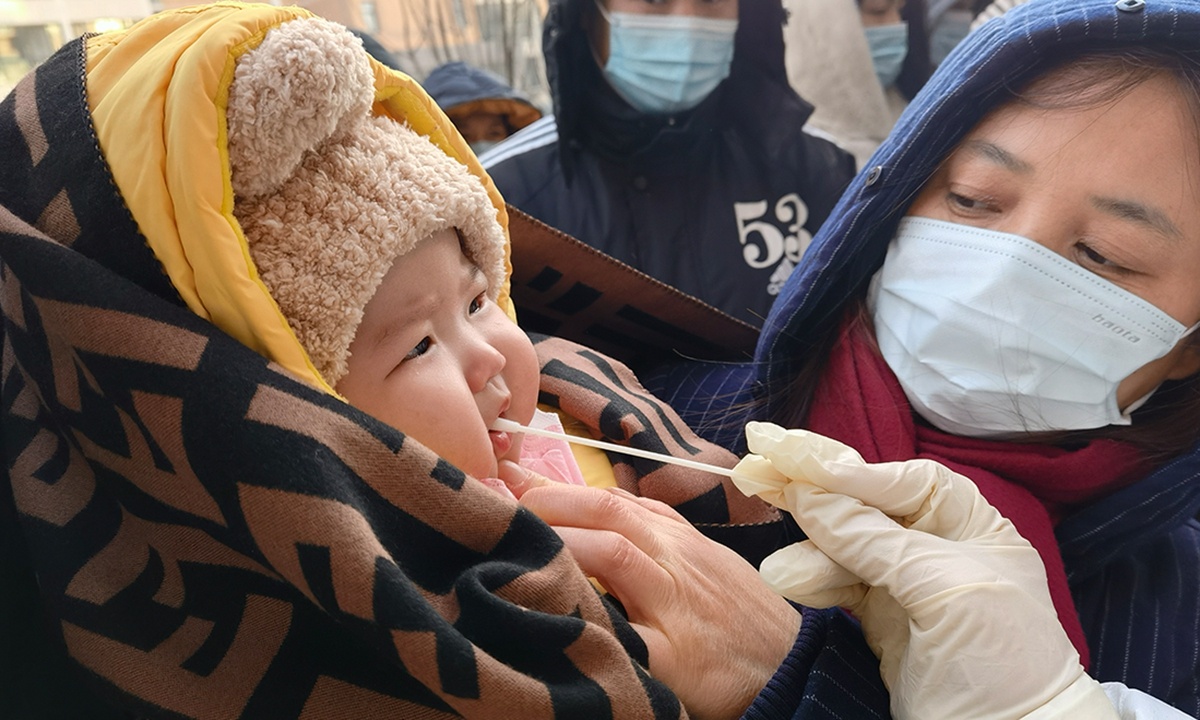 The coronavirus found in Xingtai of North China's Hebei Province is similar to the one imported from Europe, gene sequencing results show, the local disease control authority said on Wednesday.

The city has reported six COVID-19 cases and two asymptomatic cases, Xingtai's deputy mayor said at a press conference on Wednesday. The city will conduct mass nucleic acid testing for its population starting Wednesday and plans to complete the test within three days.

The Center for Disease Control (CDC) and Prevention of Hebei on Sunday delivered the nucleic acid test samples of three infections to the National CDC for gene sequencing tests. The samples turned out to be related to the strain from Europe.

Xingtai has entered a "wartime mode" and closed key regions for virus prevention.

The CDC departments found that the coronavirus found in Xingtai was an imported virus. The virus detected in Nangong city, under the jurisdiction of Xingtai, is similar to that found in Shijiazhuang, capital city of Hebei, and there is an epidemiological link between the Nangong cases and the Shijiazhuang cases, according to Ren Weihong, director of Xingtai CDC, at the press conference.

"The virus found in Hebei is not a local virus, and most likely it came from Europe. The number of patients is still increasing, indicating that the virus has spread for quite some time," Feng Zijian, an expert from the China CDC, told CCTV on Tuesday.

Recent local cases confirmed in China were found to be related to imported virus. The source of an outbreak in Shunyi district of Beijing in late December 2020 was an imported asymptomatic infection similar to some virus strains from Southeast Asia, the Xinhua News Agency reported on December 30, 2020.