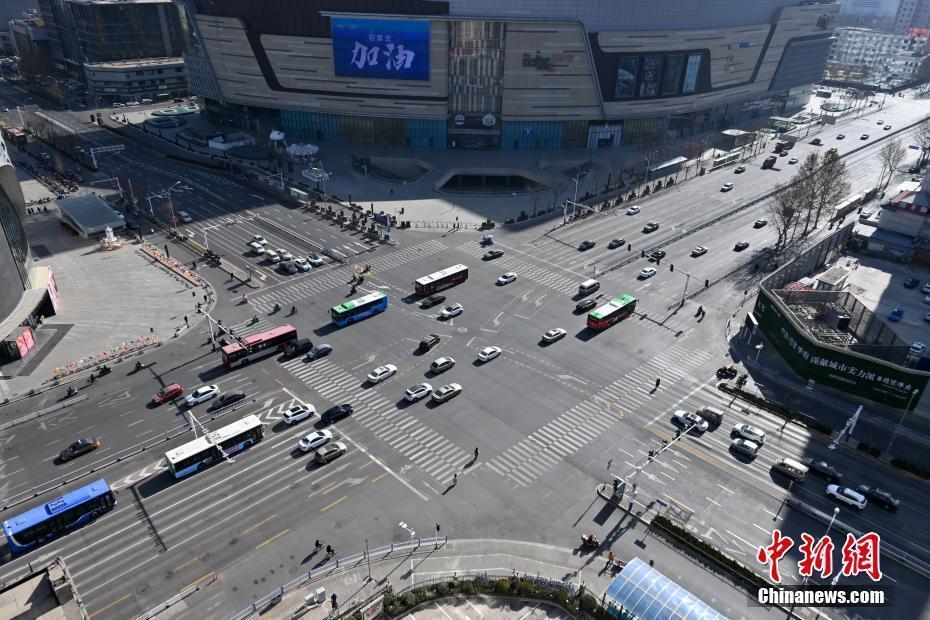 More people and vehicles are seen on the street in Shijiazhuang, North China's Hebei province on Jan 29, 2021, as public transportation services in the city partly resume. (Photo: Chinanews.com)

Shijiazhuang in North China's Hebei province is resuming life and work in an orderly fashion in recent days as the COVID-19 outbreak that hit the city since earlier this year has been greatly contained.

The city detected one confirmed case by 2 pm on Tuesday, who was from a centralized quarantine center in Gaocheng district, the worst-hit site in the province during this round of the epidemic, city Vice-Mayor Meng Xianghong said during a news conference on Tuesday afternoon.

About 55 percent of 1,000 enterprises above designated size and over 80 percent of supermarkets and wholesale markets for agricultural products in Shijiazhuang have resumed operation as of Tuesday, according to information shared at the conference.

Also on Tuesday, two medium-risk villages and a high-risk, county-level city in Shijiazhuang were lowered to low-risk and medium-risk, respectively, for virus infection.