Virus similar to pathogen behind COVID-19 found in Malaysian pangolins

Scientists have identified coronaviruses similar to SARS-CoV-2, the virus responsible for the COVID-19 pandemic, in Malayan pangolins seized during anti-smuggling operations in southern China, suggesting that pangolins may be a natural host of SARS-CoV-2 or other undiscovered coronaviruses. 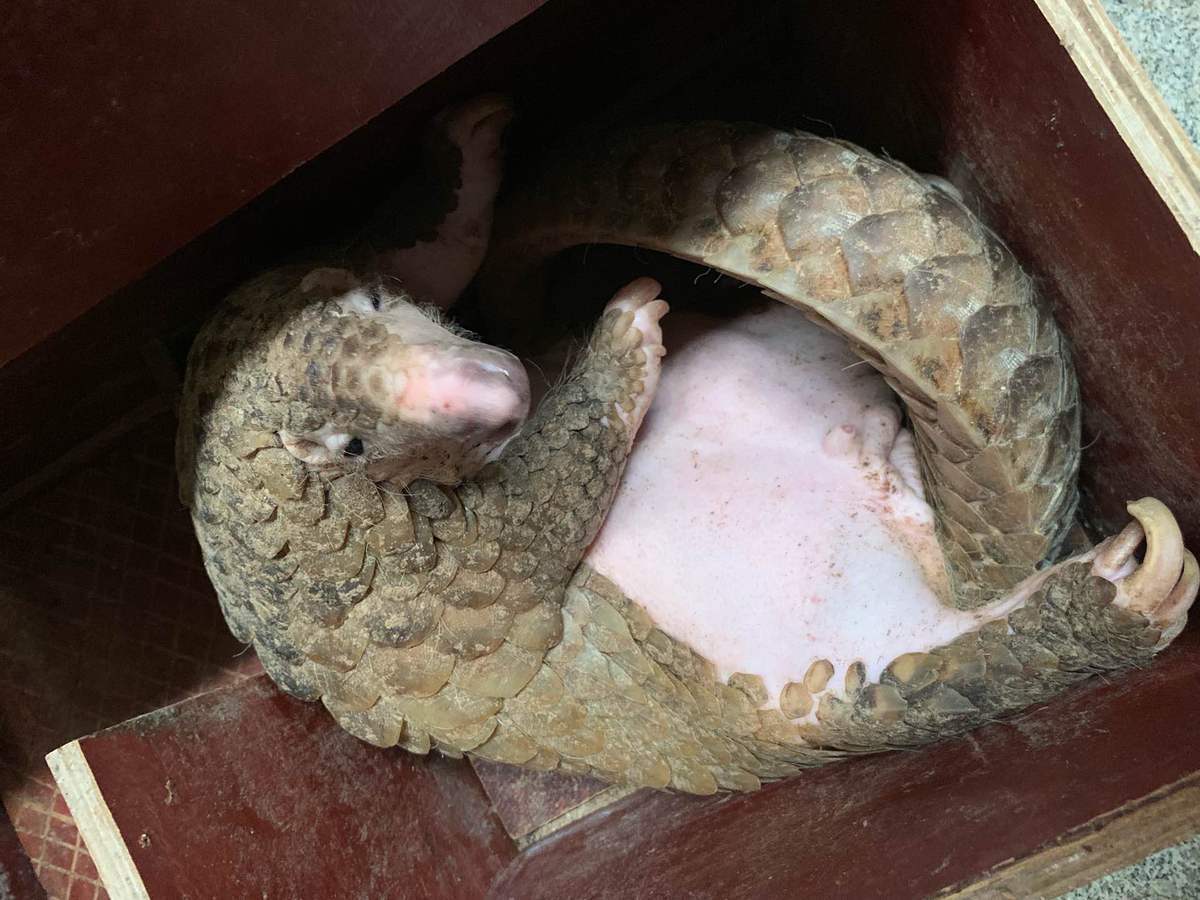 A male pangolin at the Pangolin Research Base for Artificial Rescue and Conservation Breeding in Nanning, Guangxi Zhuang autonomous region. (Photo: China Daily)

The study did not say the pangolins are the intermediate hosts for the novel coronavirus, but it urged more research into the scaly anteater to determine exactly what role they played in the pandemic and emergence of other zoonotic diseases.

In the meantime, the scientists advocated a ban on pangolins - the most trafficked endangered animals in the world, according to the World Wildlife Fund.

By analyzing frozen tissue samples from 18 Malayan pangolins collected during anti-smuggling operations from August 2017 to January 2018 in Guangxi Zhuang autonomous region, scientists found coronaviruses in five of the samples.

They tested another batch of pangolin samples collected between May and July 2018, and found three lung tissues samples from three individual pangolins were coronavirus positive.

The authors said it was "striking" to find these coronaviruses being so closely related to the one behind the pandemic as they shared 85.5 percent to 92.4 percent of their genetic sequence.

While the coronaviruses in pangolins remains to be studied, "the data presented here strongly suggest that handling these animals requires considerable caution, and that their sale in wet markets should be strictly prohibited."

"Further surveillance on pangolins in the natural environment in China and Southeast Asia are clearly needed to understand their role in the emergence of coronaviruses and the risk of future zoonotic transmission," the paper said.

On Tuesday, a study published on the journal Current Biology by a team led by biologist Zhang Zhigang from Yunnan University, also added credence to the notion that pangolins may not be the intermediate hosts of the novel coronavirus, but is just another natural carrier of similar coronaviruses like bats.

For an animal to be deemed as an intermediate host, the coronavirus from the animal must share 99 percent or higher of its genetic sequence with the novel coronavirus, but the pangolins coronaviruses did not meet this requirement, Zhang told Science and Technology Daily.

While the natural habits of the pangolins and bats that carry various coronaviruses cover most of southern China and Southeast Asia, Zhang said there are not enough evidence to pinpoint where the virus came from, let alone blame its origin on China.