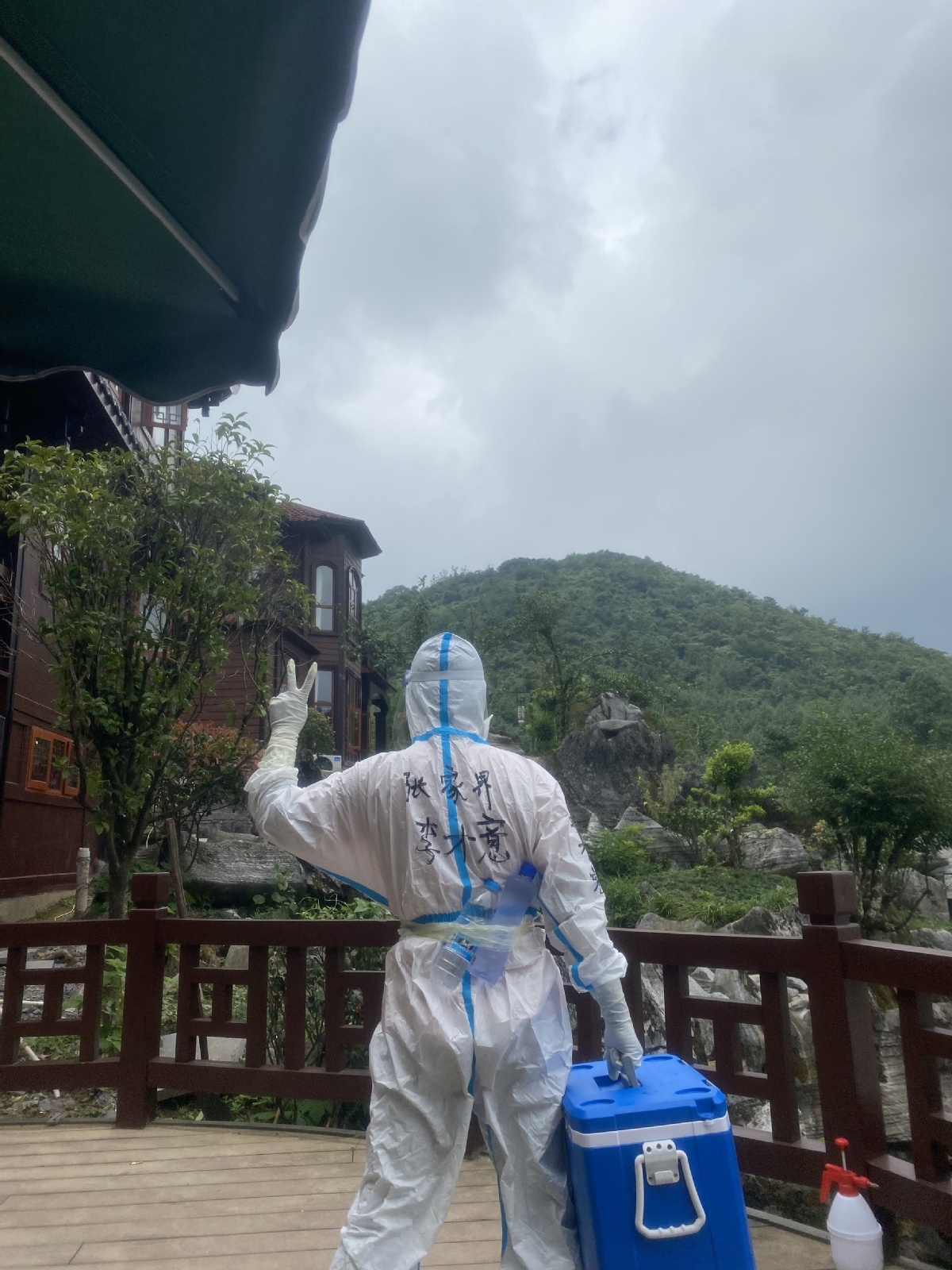 After a brief flight of five minutes, they arrived at the settlement of 232 people, who had come to the mountain to develop a new scenic area. The people had been quarantined on the 1,518-meter-high mountain during the summer due to the sporadic infections of COVID-19. Some confirmed cases were reported there in late July.

"The road to settlement has not yet been built, and the natural passage was rugged," said Li Caiyi, one of the medical professionals. "It may take me three or four hours to climb up the mountain."

Li had volunteered to work on the front lines of virus control and had been on the job for more than 20 consecutive days. A local company provided the helicopter.

Li and his colleague finished administering the tests before 3 pm on Sunday.

Zhangjiajie lifted traffic restrictions on Wednesday, as the recent outbreak of COVID-19 had been suppressed. The tourist city reported one locally transmitted case of the virus on July 29 and closed all scenic sites the next day.