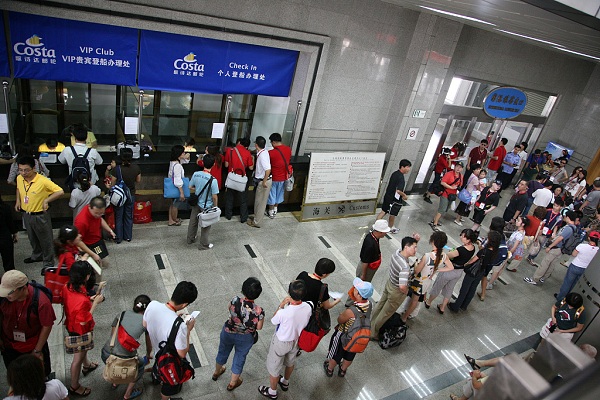 The decision was announced at a press conference Wednesday by the Ministry of Public Security in Beijing.

It will be implemented to create a better business environment, according to a statement the ministry sent to the Global Times.

The policies include 12 clauses which provide convenience to acquire permanent residence permits by foreign talent including those who benefit China's development, their spouses and children, according to the statement.

The regulation also expanded the scope of long-term visa and residence permits, for example, foreign researchers, business-people and assistant personnel can apply for two-to -five-year visas or residence permits.

Support services will be provided to foreign graduate students who start up a business in China or excellent foreign students invited by domestic companies and institutes.

The policy demonstrates China's determination at openness and the country's efforts to build its image not only as the tourist destination but also the hub of creativity and high technology, Song Guoyou, director of Fudan University's Center for Economic Diplomacy, told the Global Times.

Wang Huiyao, founder and president of Beijing-based independent think tank the Center for China and Globalization told the Global Times on Wednesday that "as a major talent exporting country, China is also making efforts to become a talent importing country as well, to meet the demand of national development and the nation's effort to become a technology power."

China believes in openness of trade and investment, as well as to talent.

Foreign talent will also assist globalizing Chinese companies and the development of high-tech companies, according to Wang.

The preferential immigration policies were already applied since 2015 in 16 provinces and cities including Beijing, Shanghai and South China's Guangdong Province, Chen Bin, head of the Foreigners Administration Department of the State Immigration Administration, said at the press conference.

According to Chen, local immigration authorities across China have issued 133,000 visas and residence permits to foreign entrepreneurs, investors and professional technical personnel and other talents.

Immigration service centers can be established in places where foreigners concentrate to provide consultancy in policies, travel, legal assistance and language, the statement read.

The opening came amid media reports about a foreigner violently treating a police officer and foreigners in China detained for taking drugs.

Chinese experts warned that the government should impose strict regulations on the entry of foreigners, such as illegal English teachers and those who have criminal records back home.

A visa regulation for foreigners who intend to work in China took effect on January 1, 2018.

Foreign employees are divided into three categories: A, B and C based on salary, educational background, Chinese language proficiency, age and location.