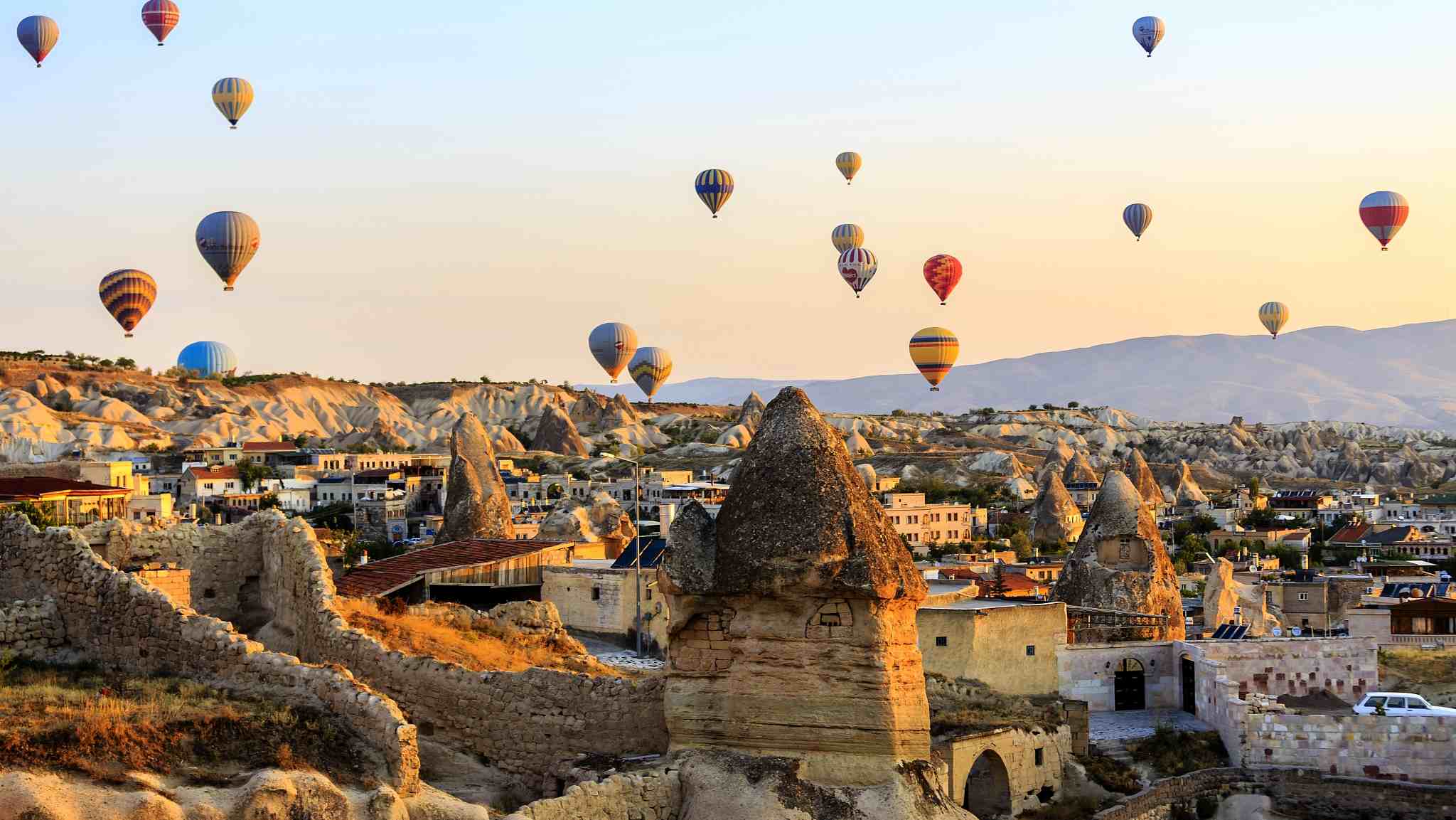 A group of Chinese cultural ambassadors including news media representatives, opinion leaders, and travel agencies will visit Turkey in July for cultural exchange between the two countries for the Turkey Tourism Year in China.

Launched by the Chinese mobile news aggregator Yidianzixun and the Turkish Ministry of Culture and Tourism, the tour will include the visit to iconic Turkish cultural institutions and major enterprises. The group will also visit the famous sites in Istanbul, Cappadocia, and Fethiye and enjoy the Blue Voyage cruises.

The trips will give them access to the centers of the country's economic and cultural life, which they will share with people back in China.

Let’s tour Turkey together with the delegation!

Istanbul is the most popular city in Turkey and the country’s economic, cultural and historic center. Unlike any other city in the world, Istanbul is a transcontinental city in Eurasia, connecting the Middle East and southern Europe.

As an ancient city originally founded by the Greeks in 14th century BC, Istanbul served as the capital of two of the most powerful empires, the Byzantine Empire and the Ottoman Empire.

The old quarter of the city, with the relics of these two great powers studding the area, from the Byzantine Church of the Holy Wisdom (Ayasofya) to the Topkapi Palace of the Ottoman Empire, is a district with the remains of Istanbul's most ancient culture everywhere.

When you’re here, be sure to visit the colorful and chaotic Grand Bazaar market which lies in the heart of the old city. As the very first shopping mall in the world, it's obligatory to watch local artisans at work, drink lots of tea, compare price after price and try your hand at the art of bargaining.

The city’s cuisine is also as diverse as its heritage. You can choose between Asian cuisine and Italian classics, but locals would recommend you to try some city signature food like Meze, a Turkish style cold starter, or Menemen, also a Turkish style omelet.

Ever thought about getting to know a city from the view above? The world-famous Cappadocia balloon ride will provide you this chance. Board the basket and feel the balloon lift as the distance between you and the Earth increases. Soon, you’ll have a bird’s-eye view of the incredible lunar landscapes, stone-cut churches and volcanic spires that make up Cappadocia. Located in central Anatolia, Cappadocia is a historic region including major cities of Göreme, Nevsehir, Kayseri, Aksaray and Nigde. There’re numerous sedimentary rocks forming in lakes and streams, with ignimbrite deposits erupting from ancient volcanoes about three million years ago. Hot-air ballooning is the most popular way of seeing the landscape. That’s also what makes Cappadocia so famous.

Time to hit the beach! The city of Fethiye has perhaps one of the best natural harbors in the western Mediterranean. The island Kizilada in the Gulf of Fethiye is a popular stopover for boat tours. You can choose from a variety of routes with different kinds of beaches at the stops, where you can get off the boat and try snorkeling in the crystal-clear water, or have lunch. Take a moment to turn off the chaos from the city and enjoy this slow lifestyle.

Blue Voyage Cruise is the recreational yachting voyage in Turkey, cruising along Turkey's Aegean and Mediterranean coasts. Using traditional Turkish 'Gulet', the cruise tour might be your best way to explore Turkey's south-west coastline and the historic remains alongside the journey.

Different chartered boat companies offer different routes that are both standardized and catered to the individual needs of specific tour groups from different countries. The routes can be as short as traveling to a couple of towns nearby for a couple of days or can be as extensive as traveling the entire Turkish Riviera across two weeks.