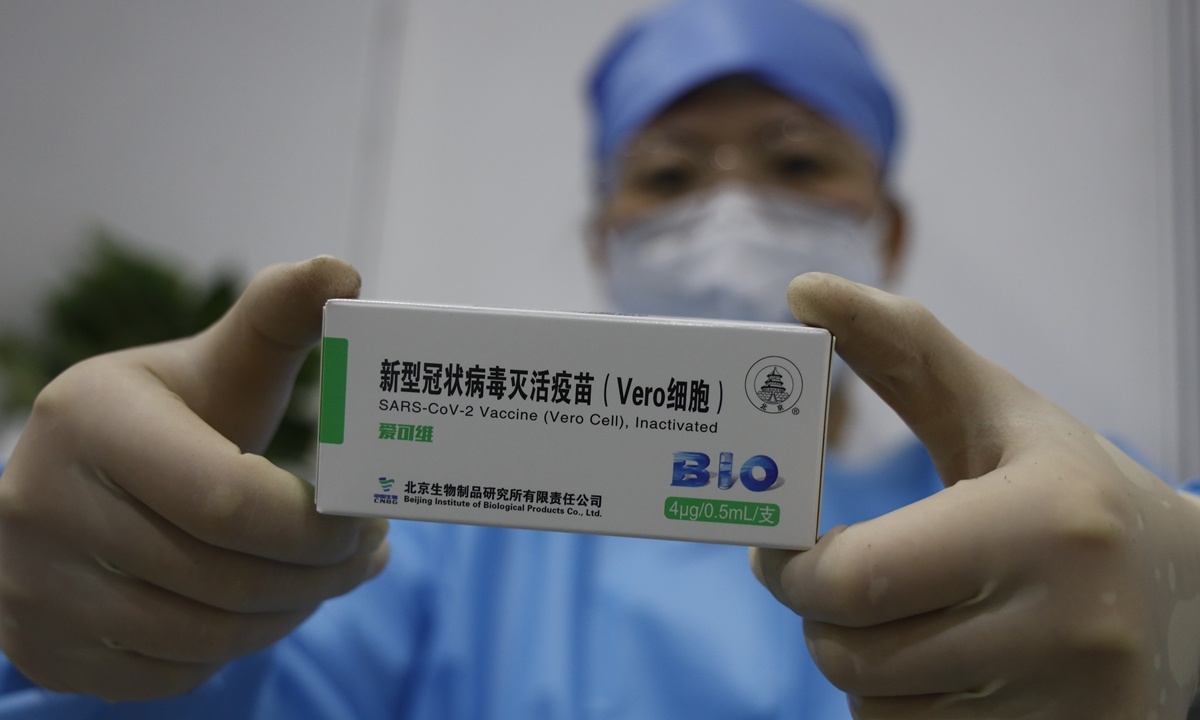 Chinese expert Tao Lina stressed that Chinese inactivated vaccines are safe and said VOA twisted his words to mean the opposite in its news article.

He wrote satirically that the user guide, which was meant to serve as a disclaimer, inadvertently makes the vaccine look like the most unsafe vaccine in the world and may be used by hostile parties as a tool to question its safety.

However, the VOA on its Chinese language website used Tao's words in its report published on Thursday, writing that the Sinopharm vaccine was found to produce 73 side effects, making it the most unsafe vaccine in the world.

The report twisted Tao's words to support its own narrative and even emphasized Tao's status as a vaccine expert and a former employee of the Shanghai disease prevention and control center to support its claim.

Tao said the improper instructions written on the vaccine are misleading to the public, and that there is no conclusive proof that some extreme adverse reactions such as high blood pressure are directly related to the vaccine.

Another Guangzhou-based vaccine doctor, Zhuang Shilihe, suggested that Sinopharm's guidebook is in line with international standards, under the guidance of the Council for International Organizations of Medical Sciences (CIOMS), which requires that all clinically observed adverse reactions be included in the guidebook, even if they have not been proven to have been caused by the vaccine.

Assessment of causality is a different matter and requires additional information, according to CIOMS rules.

It is illegal to intentionally widen or conceal adverse effects in the guidebook, Zhuang warned.

Giving a full adverse reactions list in the guidebook represents a higher awareness to protect user's right to know, and does not mean "buck-passing" of the vaccine producer or a poor quality of the vaccine itself, Feng Duojia, president of the China Vaccine Industry Association, told the Global Times on Thursday.

But not all clinical accidents are recorded in the guidebook. Some coincidental events unrelated to the vaccine, such as deaths, should not be included, Feng said, explaining why Pfitzer's vaccine did not record all of the accidents that reportedly occurred during the trial.

Pfizer had caused great controversy due to legal immunity. The US and the UK have granted legal immunity to Pfizer COVID-19 vaccines, which means that if a vaccine recipient suffers serious side effects after vaccination, the company cannot be sued for damages. The legal immunity has caused widespread concern. Some countries, including Peru, Brazil and Argentina, have also put the Pfizer vaccine buy-in process on hold.

In China, if there are any serious adverse reactions after vaccination, it will follow a very detailed assessment for causality before seeking compensation or legal liability, according to China's Vaccine Management Law, Feng said.

Tao revealed that the user guide of the Sinopharm vaccine which he posted online was dated December 30 and may not be the final version. Sinopharm may improve it later, he noted.

Sinopharm could not be reached for comment as of press time.

Tao explained that it was precisely because he firmly believes that the Sinopharm inactivated COVID-19 vaccine is very safe that he had the first dose of the coronavirus vaccine on December 26 and will receive the second dose this Saturday.