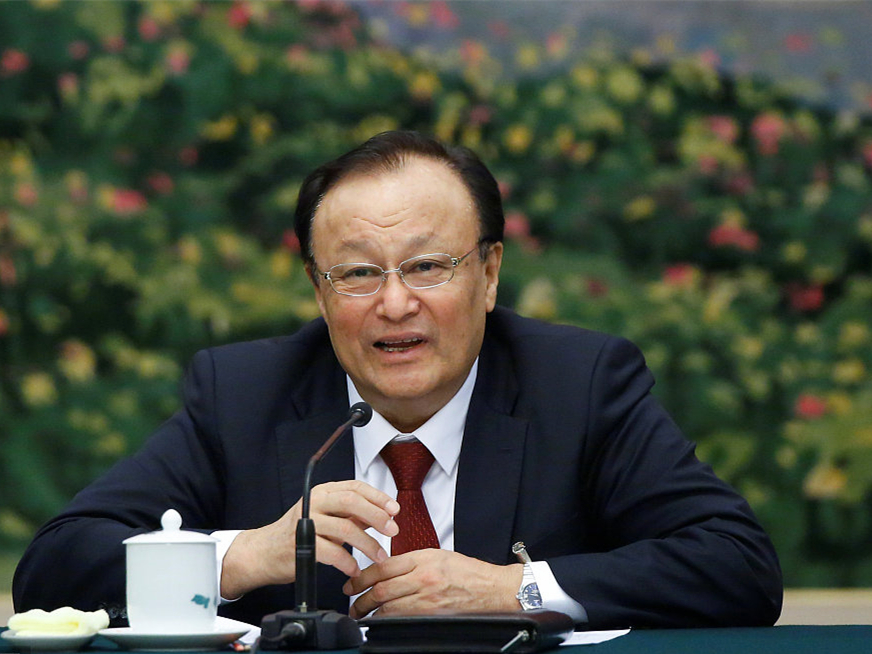 Vocational education and training program in Northwest China's Xinjiang Uyghur Autonomous Region has contributed to an increasingly healthier social environment in the region, said the chairman of the Xinjiang regional government on Tuesday.
As a result of the vocational education and training program, the social environment of Xinjiang has seen notable changes, where a healthy atmosphere is on the rise and the spread of religious extremism is being resisted, Shohrat Zakir, chairman of the Xinjiang regional government, was quoted on Tuesday by the Xinhua News Agency as saying.
The move aims to prevent the majority of those who committed petty crimes from becoming victims of terrorism and extremism, Zakir said.
The chairman said trainees will have to learn the common language of the country, gain modern science knowledge and enhance their understanding of Chinese history, culture and national conditions through standardized plans and textbooks.
They need to learn legal knowledge, including the content of the Constitution, Criminal Law and Xinjiang's counter-extremism regulations, as well as at least one vocational skill during their study to suit local conditions and the job market.
Courses on clothing and footwear making, food processing, electronics assembly, typesetting and printing, hairdressing and e-commerce have been set up, Zakir said.
Vocational training institutions would sign an agreement with the trainees before the training begins and issue them certificates of completion after they meet the set standards.
Zakir noted that since its launch, the program has won high recognition and support from people of all ethnic groups in Xinjiang.
The chairman had brought a positive response to overwhelming Western media reports criticizing China's policy on Xinjiang, which are "out of thin air and insulted the Xinjiang regional government," Shen Guiping, an expert on religion at the Beijing-based Central Institute of Socialism, told the Global Times on Tuesday.
"By publishing irresponsible reports, some Western forces have ulterior motives to intentionally sabotage Xinjiang's development," Shen said.
Xinjiang recently revised its anti-extremism regulation to allow local governments to set up institutions to provide people affected by extremist thoughts with vocational skills training and psychological counseling.
Dong Yong, a professor at Urumqi National Cadre College, told the Global Times that local governments in Xinjiang are responsible for arranging trainees based on their own employment needs.
But not every local government in Xinjiang has such a training center, an official who previously worked in Hotan, a city in southwest of Xinjiang, told the Global Times on condition of anonymity on Tuesday.
When the West criticizes China's policy in Xinjiang under the guise of human rights, they should acknowledge that "stability in Xinjiang is the biggest human right," the official said.