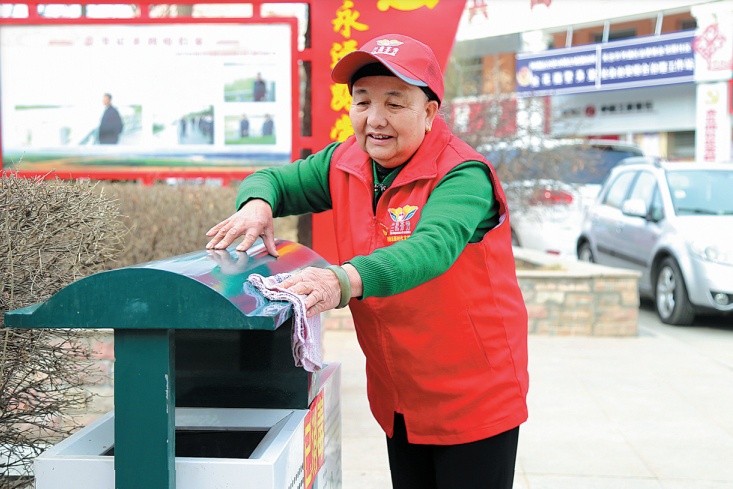 Wang Lanhua, the Party chief of a volunteer group in Wuzhong, Ningxia Hui autonomous region, regards solving problems for community residents as a task she will pursue until the end of her life.

Wang was presented with the July 1 Medal, the highest honor for a member of the Communist Party of China, on June 29. "We are supposed to take residents' problems as our concerns and work for the people," Wang said.

She thought being an honest, down-to-earth person was the reason why she had been chosen to be one of the 29 recipients of the medal. "As volunteers, we do selfless deeds without rewards. Helping others makes me feel fulfilled,"Wang said.

Wang joined the Party in 1995. She had served residents in a community in Wuzhong's Litong district for nearly 20 years before retiring from the neighborhood committee.

Bored with retirement, she founded the first community volunteer group in Wuzhong so that she could keep serving people.

There were originally seven volunteers in the group, which was named after Wang. They worked together in her 70-square-meter apartment.