CHINA Walking along the ridge: Xi and agriculture

Walking along the ridge: Xi and agriculture

Chinese President Xi Jinping attaches great importance to agriculture. A photo of Xi in a rural ecotourism park during his inspection tour in Ningxia has left deep impression on people. In the photo, Xi steps into the rice fields along the ridge, smiling and walking confidently. 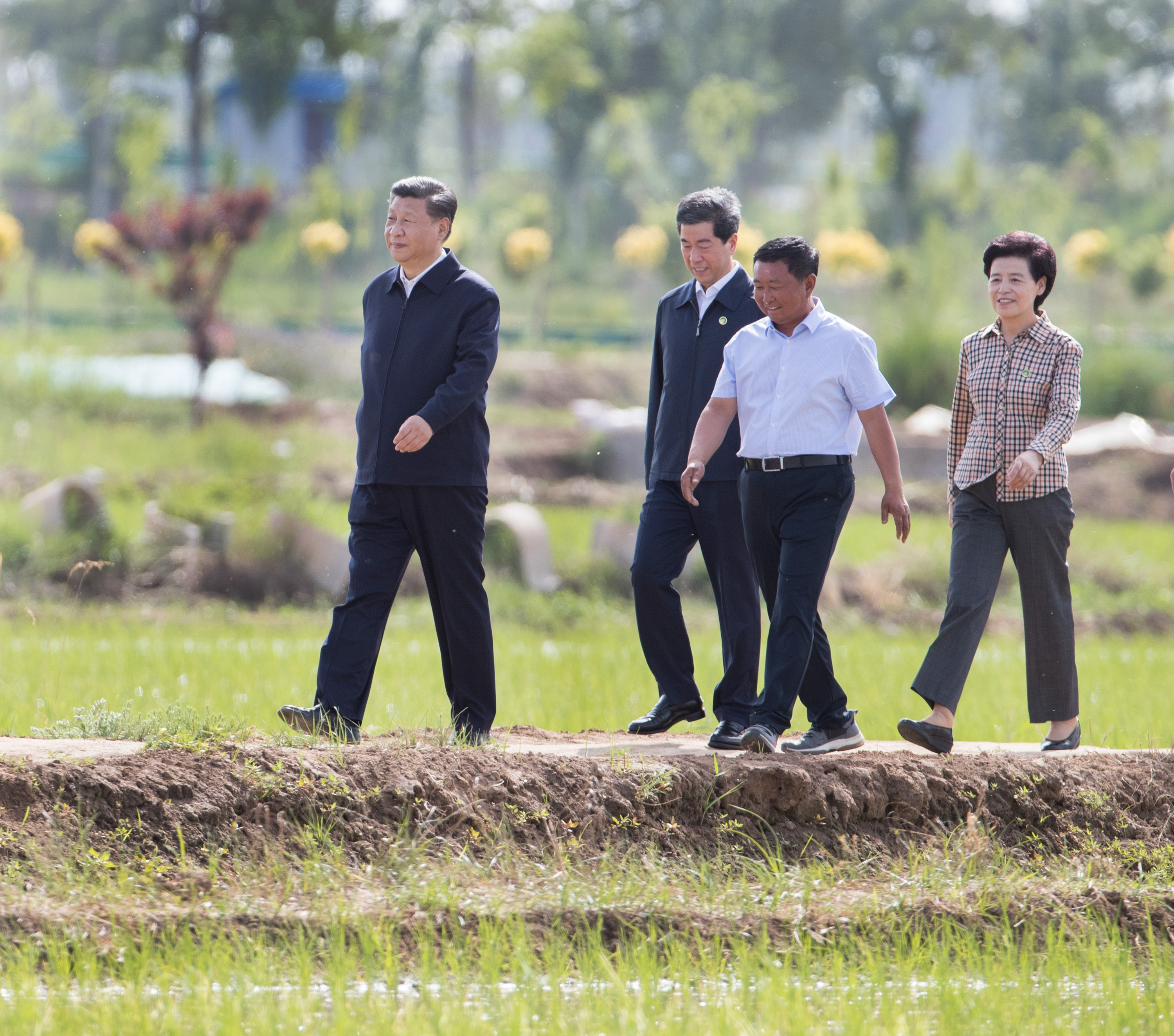 “I am the son of yellow earth,” Xi once said. Having spent seven years as a young man in Liangjiahe village, Northwest China’s Shaanxi Province, Xi has a passion for rural areas. Over the past 40 years, Xi has always cared about the people and the land. Xi's deep affection for the people and his sense of responsibility for the land are deeply integrated into the principles that guide his work and life. In the early 1980s, as the secretary of the CPC Zhengding County Committee, North China’s Hebei Province, Xi often went to the fields to check the harvest. 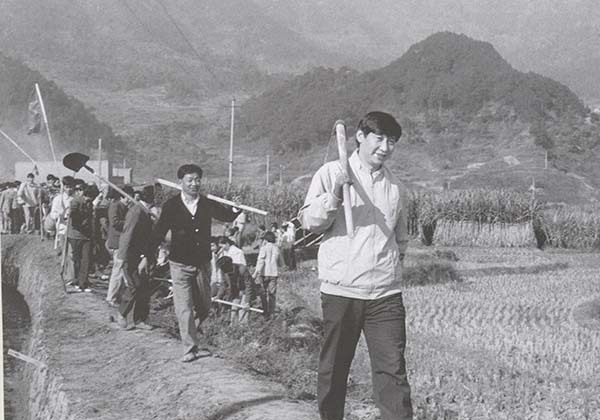 In the late 1980s, as the secretary of CPC Ningde Prefectural Committee, East China’s Fujian Province, Xi visited all over the county to help and serve the people. With a hoe on his shoulder, he even dredged and repaired the canal.

China is a big agricultural country and strengthening agriculture is the key to governing the country. Xi has always attached great importance to the “three rural issues,” which are agriculture, rural areas and farmers. 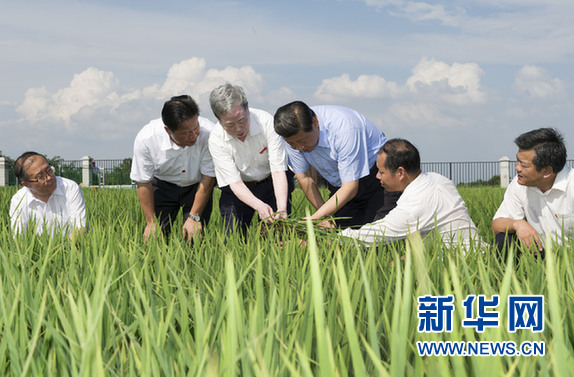 During an inspection tour in Central China’s Hubei Province in 2013, Xi went into a rice breeding base in Ezhou. He pulled up a rice seedling to observe the tillering situation, and praised it as being “very strong.” 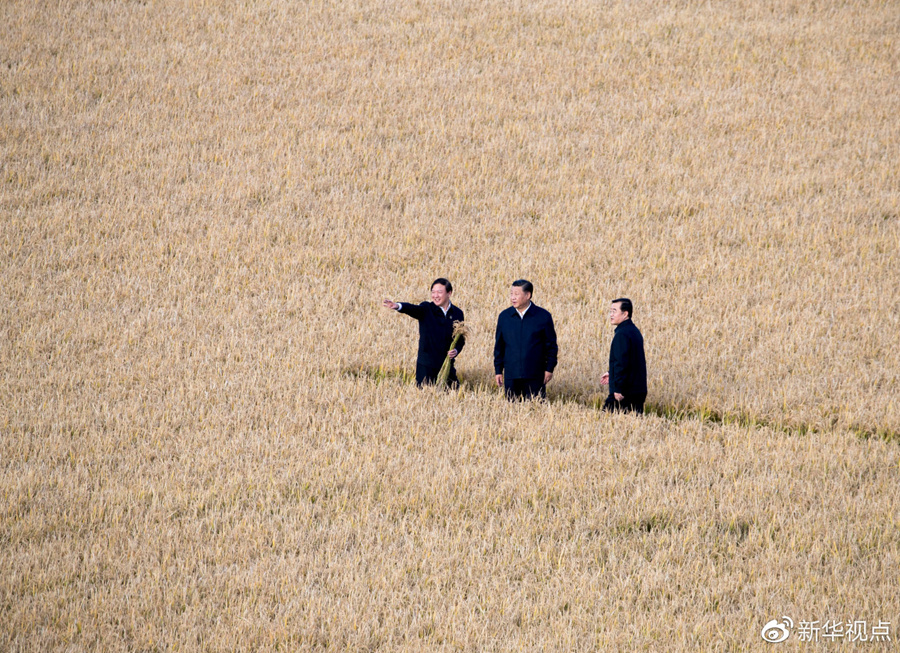 Xi learns about the situation of food production and harvesting in Northeast China's Heilongjiang Province, on September 25, 2018. (Photo: Xinhua)

When he inspected Northeast China’s Heilongjiang Province in 2018, Xi walked into a wheat field to see the growing situation. He said that “the bowls of the Chinese, in any situation, must rest soundly in our own hands. Our bowls should be filled mainly with Chinese grain.” 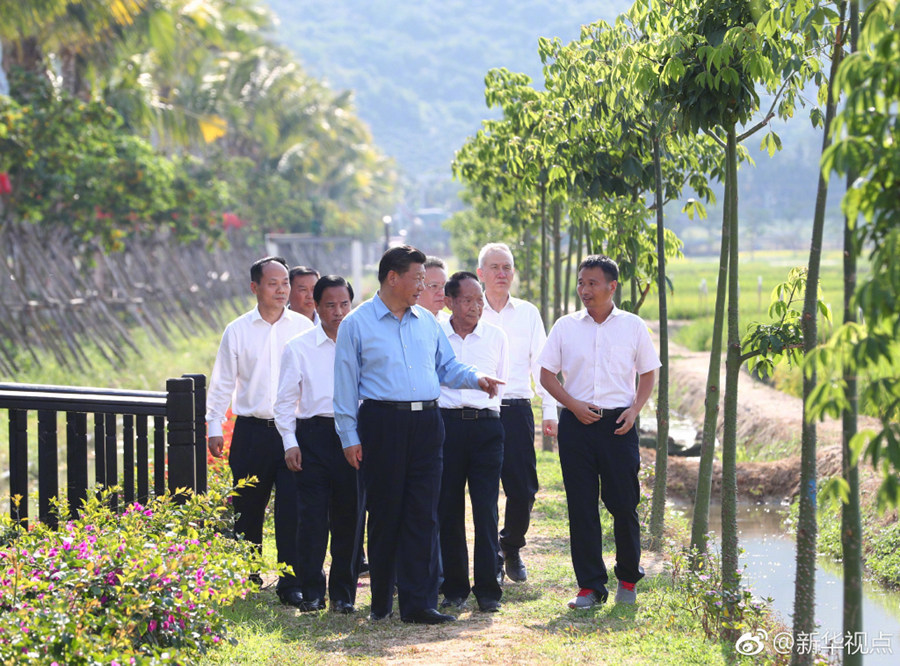 Xi, along with Yuan Longping and other Chinese experts in agriculture, walks into a demonstration field of the super hybrid rice in Sanya, South China's Hainan Province, on April 12, 2018. (Photo: Xinhua)

In Sanya, South China’s Hainan in 2018, Xi was very pleased when hearing the output of the super hybrid rice cultivated by Chinese researchers had repeatedly set records for the world’s highest yield. Xi further stressed the importance of cultivating excellent varieties of grains with independent intellectual property rights in order to guarantee national food security. 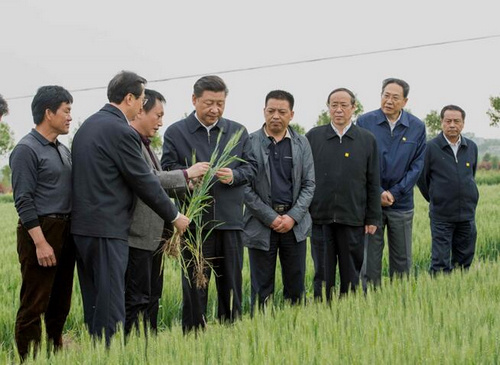 Xi inspects the wheat growth in Xiaogang village during an inspection tour in Anhui Province on April 25, 2016. (Photo: Xinhua)

“We are confident of achieving our goal of poverty alleviation this year, since the goal we set is not unattainable,” Xi said when joining a panel discussion attended by national political advisors from the economic sector on May 23 during this year’s two sessions. “In fact, our generation is driven by the aspiration that we must lend a helping hand to our people, especially our farmers.” He stressed that no one will be left behind on the road to common prosperity.