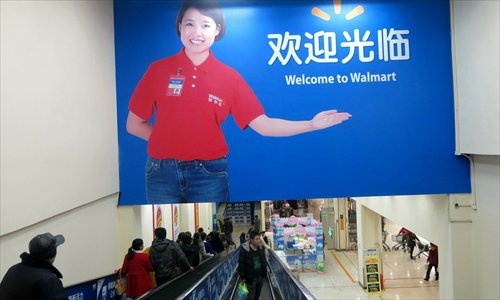 Walmart China removed a batch of problematic imported beer with changed dates of production and expiration from all its stores nationwide and was investigated from May 14, said the market regulator of Shenzhen in South China's Guangdong Province on Wednesday.

Walmart China told Global Times on Thursday that the problematic beer which was suspected of changing its shelf-life, was part of a batch of imported beer from Lithuania and had been removed from all stores nationwide. Walmart China noted that they will cooperate with authorities to undertake further investigation and enhance the inspection of products.

Shenzhen Administration For Market Regulation revealed the case details on Sina Weibo on Wednesday. The regulator received consumers' report of the problematic beer on May 6 and asked for more evidence including photos and purchase proof of the beer from the consumers and Walmart China on the next day.

Walmart China removed all the products from its stores on May 11 after handing out import files of the beer including customs declarations and quarantine proofs to the regulator.

The beer in question was no longer on sale at Walmart supermarkets during a field inspection conducted by the Shenzhen regulator on May 14. The regulator also said the case was registered and the investigation to Walmart China would be conducted.