Wandering wild elephants baited away from humans in southwest China 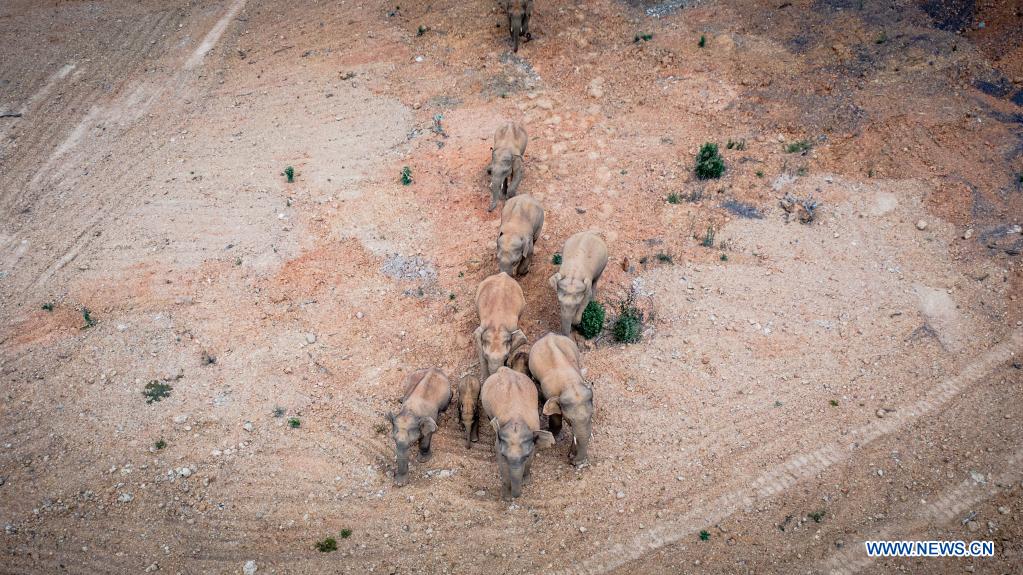 KUNMING, May 30 (Xinhua) -- Authorities are baiting 15 wandering wild Asian elephants with food on Sunday to prevent them from harassing humans in southwest China's Yunnan Province, as the herd migrates northward.

Local authorities said it is rare for the giant animals to move so far northward from their traditional habitat. Precaution measures have been taken to prevent human-elephant conflict as the elephants may well stray into human settlements.

The provincial bureau of forestry and grassland said that it is a priority to protect the safety of both human beings and the elephants.

Police officers have been sent to escort the elephants. They are aided with 228 vehicles, four excavators and three unmanned aerial vehicles in case that they need to distance the animals with human settlements.

Since 1958, Yunnan has established 11 national or regional-level nature reserves in the tropics, covering a total area of about 510,000 hectares. The reserves protect the Asian elephants, with their population totaling approximately 300.