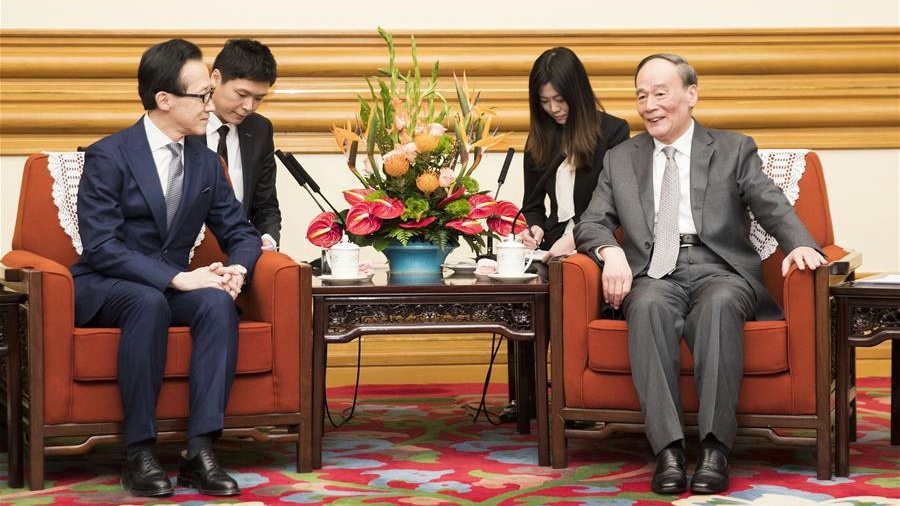 Not only close neighbors, China and Japan are also major economies in Asia and the world, said Wang, pointing out that the two countries both face huge tasks of domestic development and bear important responsibilities for world peace and development.

Wang said the two sides should use the important consensus of the leaders of the two countries as a guide and move the bilateral relationship forward with wisdom and vision.

He called on the two countries to learn from history, take the overall situation into consideration, gain a clear understanding of common interests and maintain the focus in developing ties with a long-term perspective.

Wang also encouraged the two sides to work together to create a favorable environment for the two countries' high-level exchanges in the next stage.