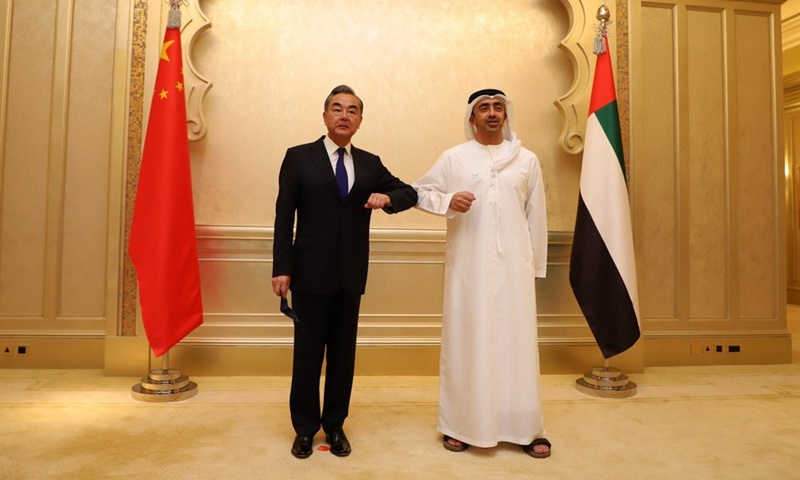 Chinese State Councilor and Foreign Minister Wang Yi's ongoing visit to the Middle East not only secured cooperation in various fields like vaccine joint production, security and counterterrorism, but also demonstrated China's philosophy of a new type of international relations featuring win-win cooperation rather than geopolitical game with zero-sum mentality.

During Wang's visit to United Arab Emirates (UAE), the China-UAE cooperation on COVID-19 vaccine and epidemic control was highlighted, which was hailed by regional watchers as a successful example of how concrete projects enhance mutual trust and expand the scope of post-pandemic cooperation.

A joint venture for COVID-19 production between Sinopharm and Abu Dhabi-based technology company Group 42 was launched on Sunday, with three filling lines and five packaging lines. The two foreign ministers took part in the online ceremony for the launch.

The plant has an annual capacity of 200 million doses and can help the UAE diversify its economy away from hydrocarbon production, Reuters reported Monday.

In talks with Wang, UAE Foreign Minister Sheikh Abdullah bin Zayed al-Nahyan expressed support for China's "spring sprout" vaccine program, saying the UAE is willing to set inoculation sites to facilitate Chinese nationals in the UAE and neighboring countries to get the doses, according to the Chinese Ministry of Foreign Affairs.

The two countries also reached an agreement in principle on the health code's mutual recognition, which can promote the resumption of international travel, the Xinhua News Agency reported Monday. 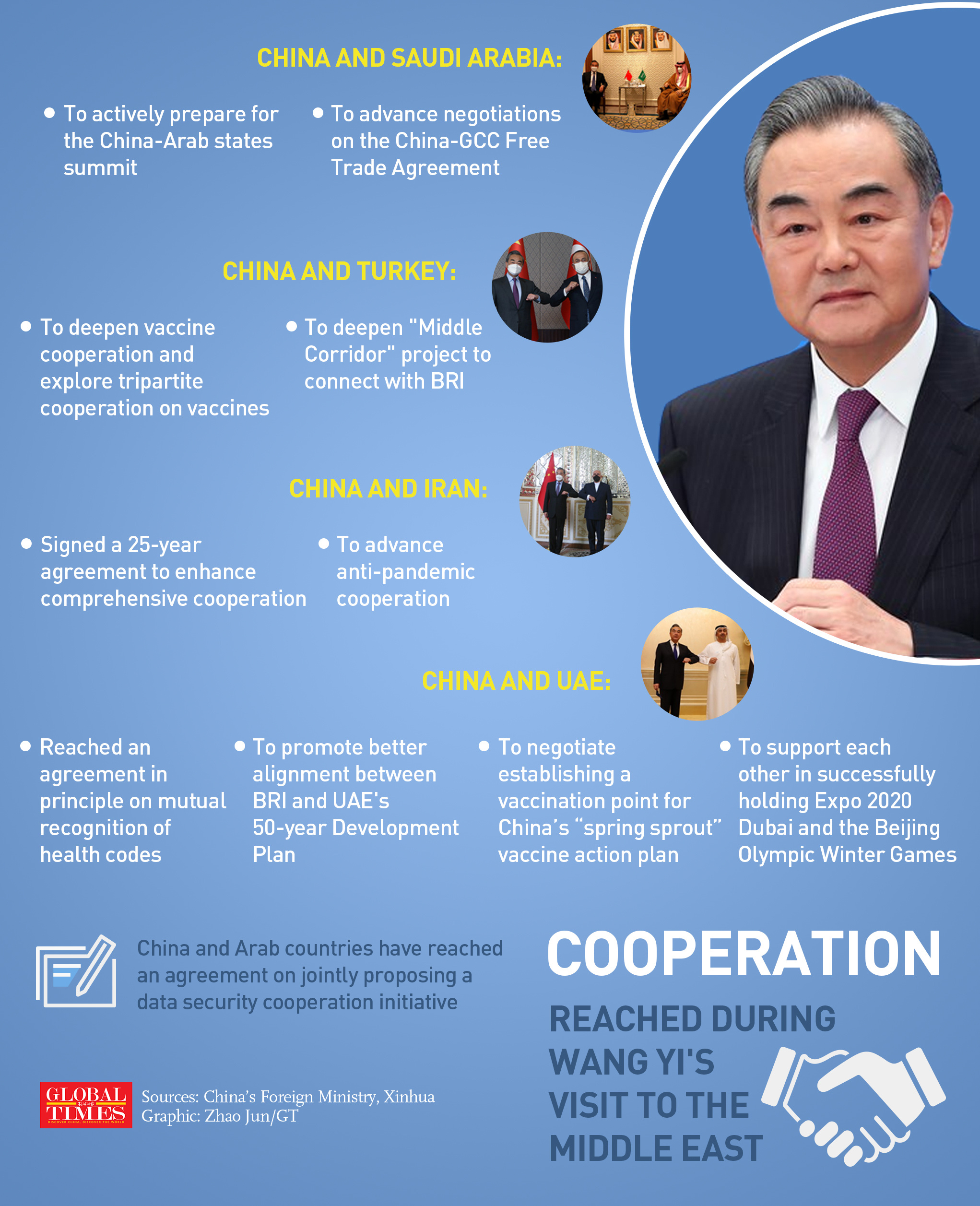 Cooperation with Middle East countries embodies China's diplomatic philosophy - a new type of international relations featuring win-win cooperation rather than geopolitical game with zero-sum mentality, said Li Weijian, vice chairman of the Chinese Association for Middle East Studies, noting the philosophy is being accepted by more and more countries and sets an example for international relations.

Wang's Middle East tour does not aim to draw regional countries to China's side in front of the encircling by the US and its Western allies, however, it is in line with China's response to Western interference in the Middle East, Li stressed.

Wang, in conversations with his UAE counterpart, underscored the Phase III trial for COVID-19 vaccine development, jointly carried out by China and the UAE, saying it has set a record for multinational and large-scale clinical trials, and made an important contribution to promoting international anti-coronavirus cooperation.

Hua Liming, Former Chinese ambassador to the UAE and a Middle East studies expert, told the Global Times on Monday that China's cooperation with Middle East countries started early with the donation of medical supplies such as masks, respirators, testing kits and protective outfits. China also sent medical teams and held video conferences to aid the region's fight against the coronavirus.

Such cooperation amid a large-scale health crisis, including joint vaccine development as a shining chapter, further escalated China's relations with regional countries and boosted mutual trust, which paves the way for cooperation in more areas, Hua said.

Such cooperation will further stimulate the desire of both sides to continue the model and guarantee sustainable cooperation, Li told the Global Times.

Before the UAE, Wang had visited Saudi Arabia, Turkey, and Iran. He left for Bahrain on Monday and will conclude his tour with a visit to Oman on Tuesday.

During his tour, Wang not only discussed issues such as regional security and stability, but also nailed down concrete cooperation ranging from traditional energy imports and exports, as well as new fields including 5G, big data, artificial intelligence and public health. Among them, the signing of a 25-year cooperation agreement with Iran received the highest attention.