CHINA Wang Yi: China stands on the side of developing countries

Wang Yi: China stands on the side of developing countries

Chinese State Councilor and Foreign Minister Wang Yi on Monday said China would always stand on the side of developing nations, during a speech to the 9th ministerial meeting of the China-Arab States Cooperation Forum (CASCF). 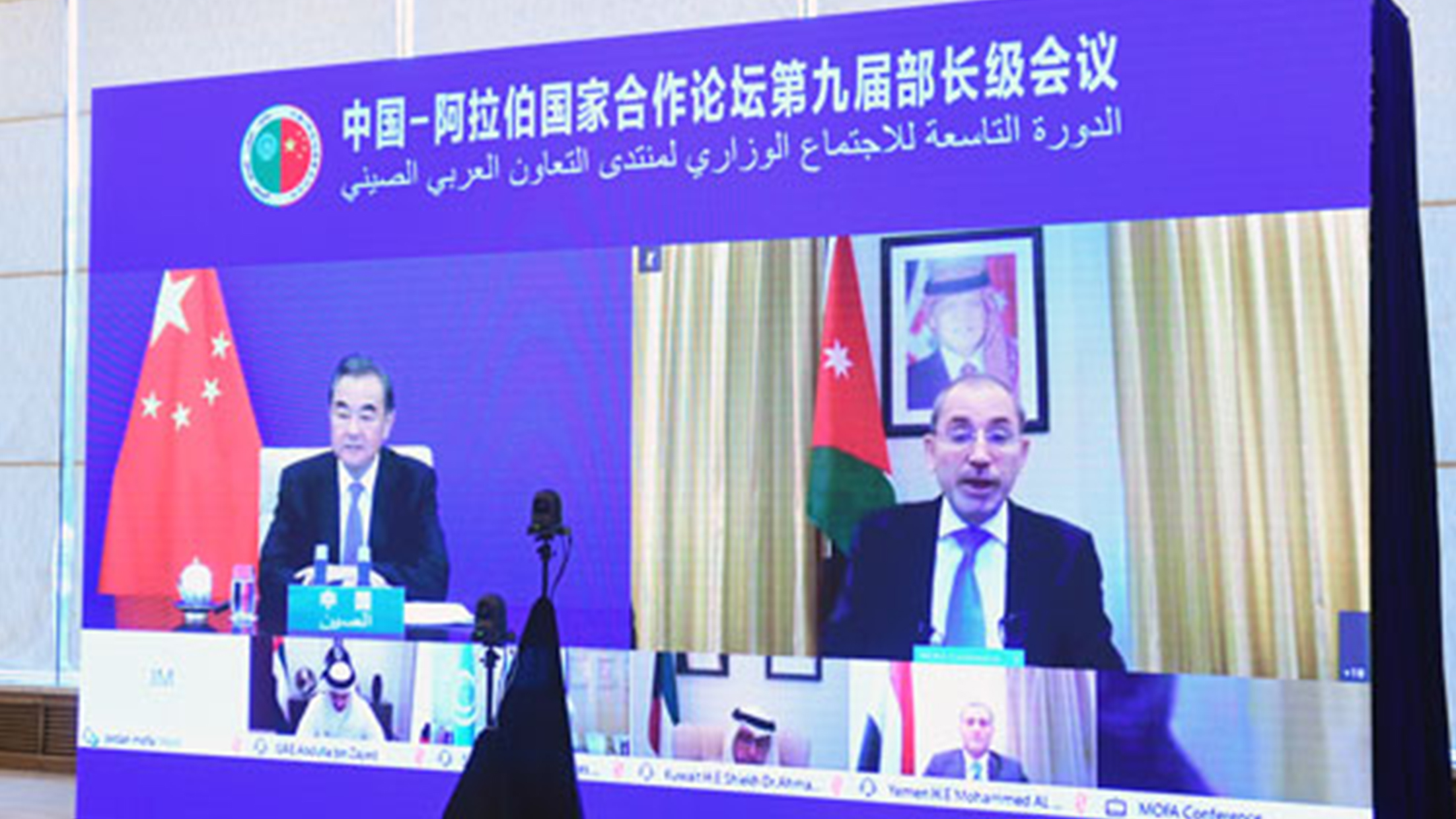 Wang also called for the promotion of bilateral relations, highlighted the need for further cooperation against COVID-19 and reiterated China's resolution to protect fairness and justice.

The forum was held via video-link and co-chaired by Jordanian Foreign Minister Ayman Safadi. Foreign ministers from all Arab League member states, as well as Secretary General of the Arab League Ahmed Aboul Gheit, attended the meeting.

Bilateral relations deepened amid the pandemic

Noting the support between China and Arab states during the COVID-19 pandemic, Wang said the bilateral friendship has deepened and strategic cooperation will reach a new level.

He expressed gratitude to Arab states for their support to China when the country was in the most difficult period against the virus and said that China has offered to reciprocate within its capability.

China has also made special arrangements to provide Palestine with medical supplies, sent experts, donated to the United Nations Relief and Works Agency for Palestine Refugees in the Near East (UNRWA), and distributed "health kits" to Palestine refugees inside and outside its borders, Wang added.

Wang said there have been great achievements since the establishment of a strategic partnership between the two sides at the 8th forum two years ago.

China and Arab countries have stepped up joint efforts to strengthen the Belt and Road Initiative (BRI), Wang noted. "Many key projects have been successfully launched. In 2019, bilateral trade grew by nine percent year on year."

Wang also put forward a series of new proposals on the development of the forum, saying that in the next two years, China is ready to work with the Arab states to explore new areas of cooperation.

Wang Yi reiterated that China is committed to peaceful development and win-win cooperation with other countries, adding that it will firmly stand on the side of developing countries and the right side of human progress.

Stressing the importance of guarding justice and fairness, Wang thanked the Arab states for their firm support of China on matters involving its internal affairs such as Taiwan, Hong Kong and Xinjiang at the Human Rights Council.

Wang added that China will firmly support Arab countries in maintaining their political security and social stability and taking the path of independent development.

"The right of independent statehood of the Palestinian people cannot be traded at all ... Issues in the Middle East should be resolved through political dialogue," he said.

Other foreign ministers echoed calls for more cooperation in developing the BRI as well as in trade, investment, energy, science and technology, tourism and cultural exchanges.

They also expressed their firm support for the one-China principle, multilateralism and the non-interference principle.

Three outcome documents were issued at the meeting: The joint statement on the unity of China and Arab Countries in combating COVID-19, the Amman declaration and the Forum's Action Plan for 2020-2022.