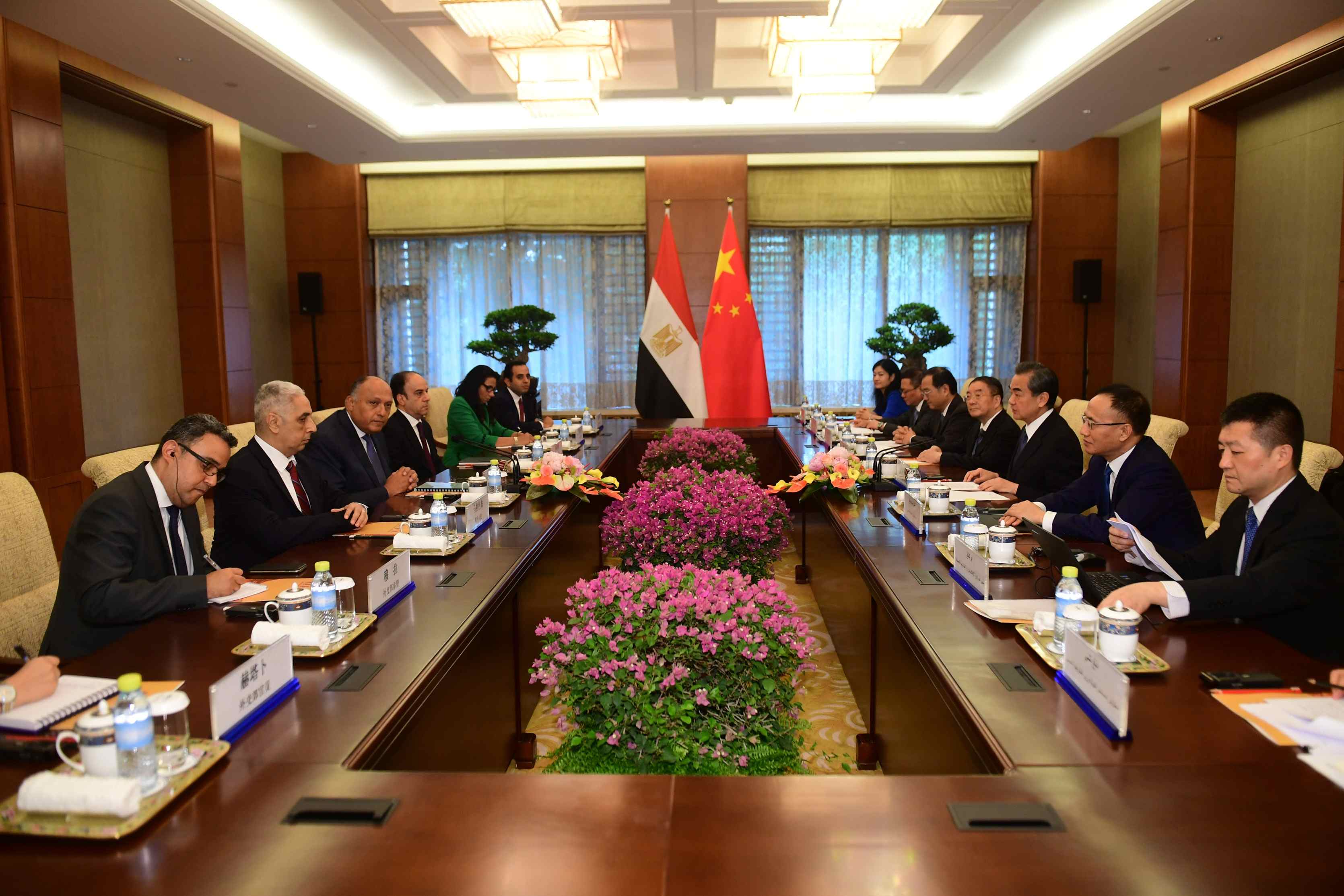 China values the important influence of Egypt as it is the vital country in both the Arab States and African region, Chinese State Councilor and Foreign Minister Wang Yi said on Sunday.

Wang made the remarks while meeting with Egyptian Foreign Minister Sameh Shoukry at the Diaoyutai State Guesthouse in Beijing.

Shoukry is here to attend the eighth ministerial meeting of the China-Arab States Cooperation Forum (CASCF) on July 10.

As the overall strategic partner of Egypt, China would like to deepen the bilateral beneficial cooperation, Wang said, adding that China is willing to solve regional issues and face global challenges with Egypt.

Under the new situation, Wang called for both sides to maintain high-level exchanges.

Shoukry echoed Wang's stance on advanced bilateral ties, confirming that the friendship between the people of both Egypt and China is profound.

"The two sides have developed the close relations based on mutual respect and trust," Shoukry added.

The eighth ministerial meeting of CASCF will be held on July 10 in Beijing.

Wang, foreign ministers and representatives from Arab countries, and secretary general of the Arab League will attend the meeting.

The meeting will conduct comprehensive and in-depth discussions on areas such as consolidating the traditional friendship between China and Arab countries and advancing the construction of the Belt and Road.