Chinese State Councilor and Foreign Minister Wang Yi said it is the United States rather than China that is militarizing the South China Sea, denouncing Washington for "confounding right and wrong."

Wang made the remarks at a press conference on Saturday on the sidelines of the 51st ASEAN Foreign Ministers' Meeting and related meetings in Singapore.

"Certain non-regional countries, mainly the United States, have been sending massive strategic weaponry into this region, especially into the South China Sea, showing off military might and putting security threats and pressure on regional countries, China included," he said. "I'm afraid that is the biggest force behind a push for militarization in this region." 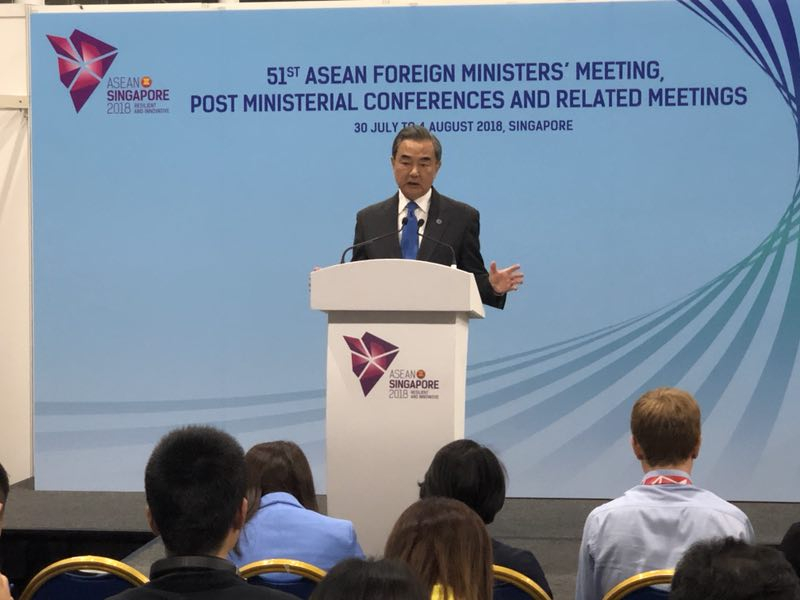 Thus China and other countries in the region have "undertaken steps to put in place defensive facilities," Wang explained, underscoring Beijing's rights of self-preservation and self-defense.

"Yet such legitimate acts have been labeled as 'acts of militarization.' That is confounding right and wrong," he said in response to Washington's accusation that Beijing is "militarizing" the South China Sea.

Wang hailed the fact that China and the Association of Southeast Asian Nations (ASEAN) have reached a single draft negotiating text of the Code of Conduct (COC) in the South China Sea, adding that COC negotiations can accelerate if external interference is excluded.

Meanwhile, the Chinese foreign minister raised concerns that rising unilateralism and protectionism have posed threats to development prospects of East Asian and Southeast Asian countries. He said countries in the region have agreed that a collective response is needed to confront the challenges. 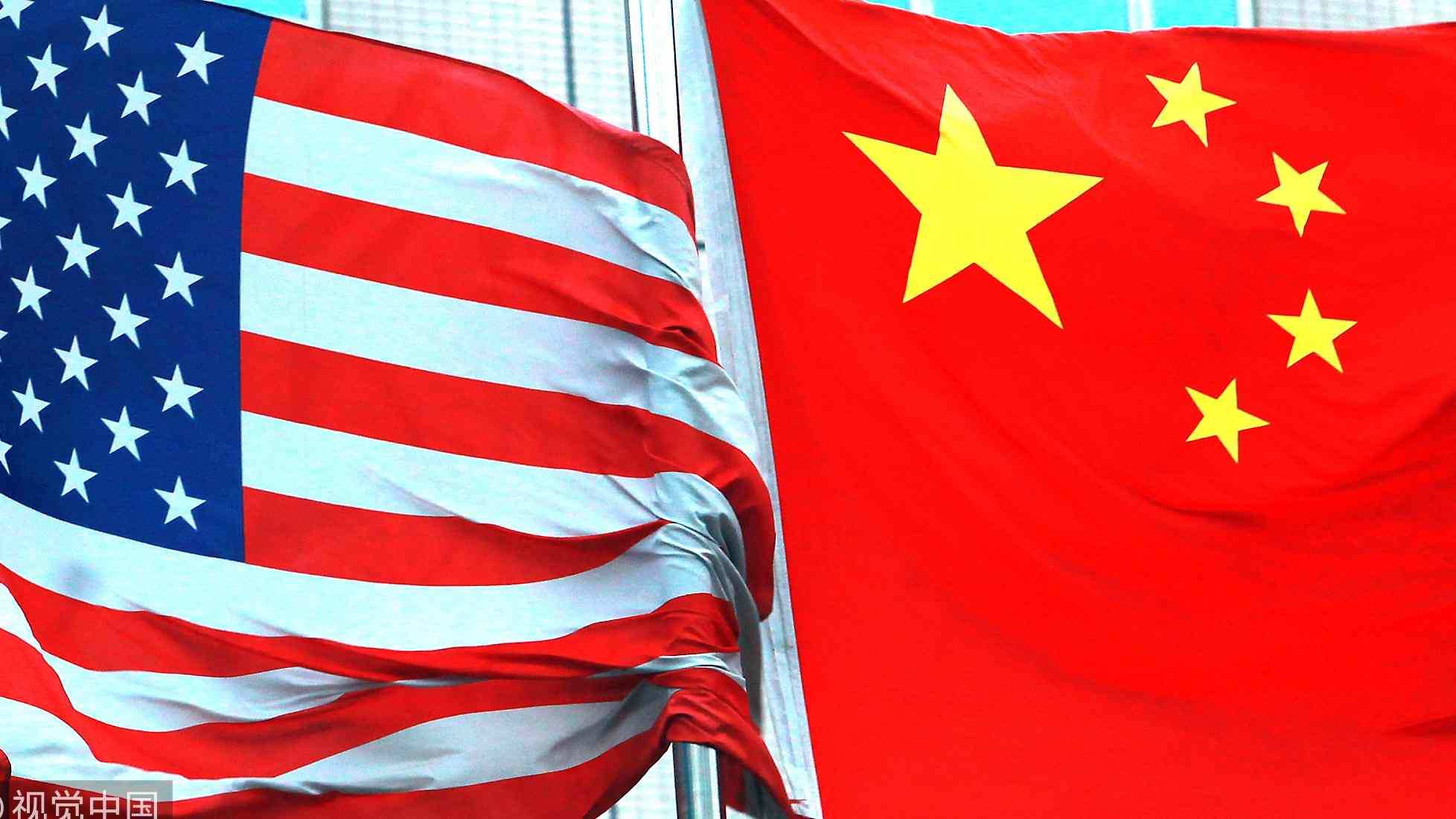 Trade tensions between China and the US have soared in recent months. (Photo: VCG)

Positive trends in the region

Wang also commented on two "positive developments in regional situations," including the ease of tensions on the Korean Peninsula and progress in negotiations over the South China Sea.

"The first has been the obvious positive developments on the Korean Peninsula in recent months, and the Peninsula nuclear issue has been back to the track of settlement through dialogue and consultation," he noted.

China welcomes the important consensus reached by the US and the Democratic People's Republic of Korea (DPRK) on realizing denuclearization and establishing a peace regime on the Peninsula.

"The second positive trend is that the situation of the South China Sea has been further stabilized, with the efforts of China and the 10 ASEAN countries," Wang added.

He said that the provisions in the Declaration on the Conduct of Parties in the South China Sea (DOC) are being implemented comprehensively and effectively, cooperation on marine aspects is being carried out and a senior diplomat hotline between China and ASEAN countries has been set up.

Wang, who attended the ASEAN Plus Three meeting involving foreign ministers of ASEAN countries and China, Japan and South Korea on Saturday morning, said the foreign ministers have agreed to accelerate the negotiation of the Regional Comprehensive Economic Partnership (RCEP).

He noted that three common understandings have been reached on upholding free trade, advancing the building of an East Asia economic community and making concrete progress in the RCEP talks by the end of this year.