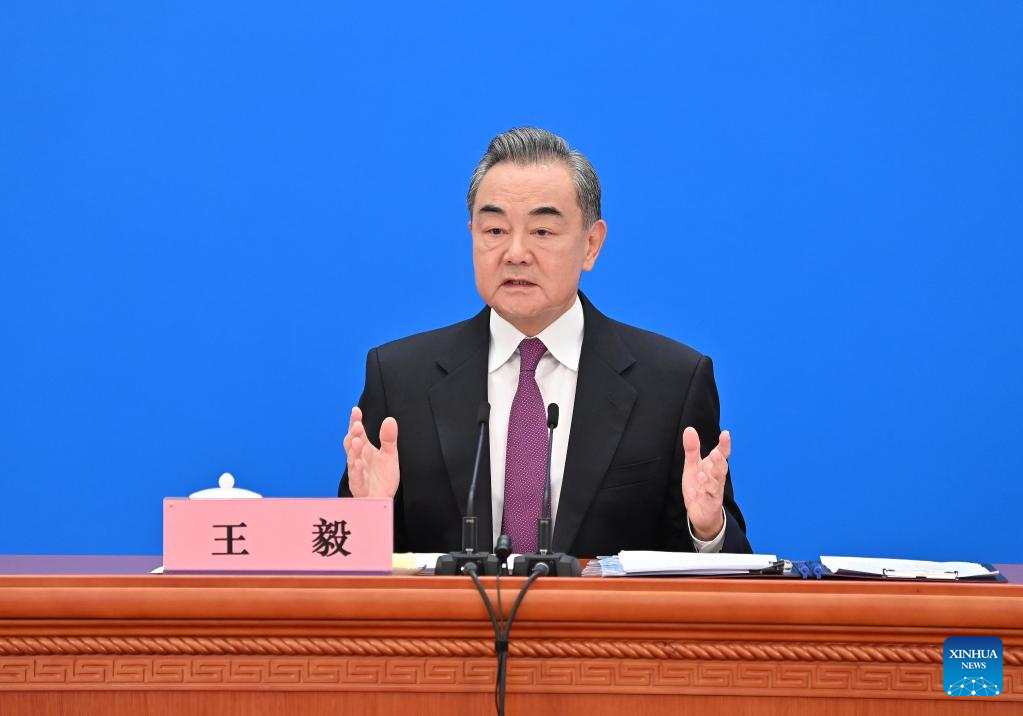 Chinese State Councilor and Foreign Minister Wang Yi attends a press conference on China's foreign policy and foreign relations via video link on the sidelines of the fifth session of the 13th National People's Congress (NPC) at the Great Hall of the People in Beijing, capital of China, March 7, 2022. (Xinhua/Li Xin)

Chinese State Councilor and Foreign Minister Wang Yi on Thursday elaborated on China's position on the situation in Ukraine during a press conference following the third meeting of the foreign ministers of Afghanistan's neighboring countries in east China's Anhui Province.