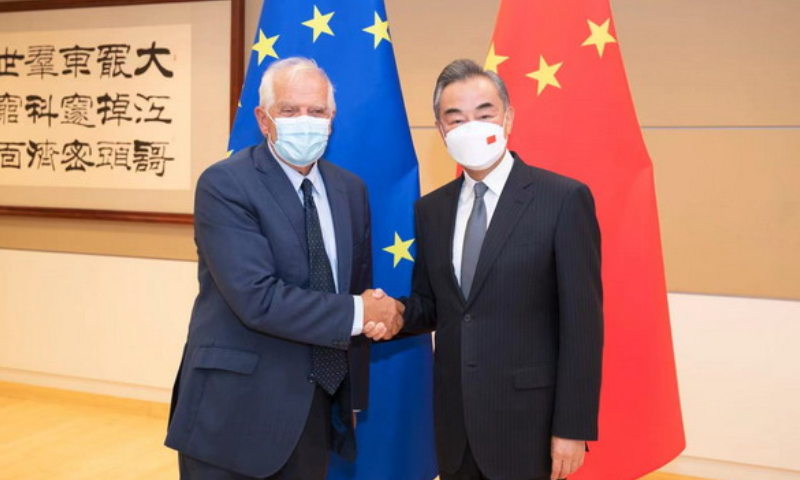 Chinese State Councilor and Foreign Minister Wang Yi has met with leaders of 10 European countries and with EU's High Representative for Foreign Affairs and Security Policy, fully demonstrating the importance China attaches to the development of China-Europe relations, said a Chinese Foreign Ministry spokesperson on Tuesday.

These meetings and communications fully demonstrated the importance China attaches to the development of China-Europe relations, he said.

Wang noted that China and Europe, as two important forces in the multipolar world, should adhere to the basic positioning of mutual strategic partnership and maintain the good momentum of mutual dialogue and communication.

During the meetings, Wang said that China believes that the EU will adhere to its strategic autonomy to jointly promote the stability of China-EU relations. The EU representatives also expressed the importance of developing relations with China, reaffirmed the adherence to the one-China principle, and said that they looked forward to frank exchanges with China with the goal of deepening cooperation in relevant fields.

The two sides reached a series of achievements and consensus on macroeconomic policy coordination, supply chain cooperation in industrial chains, WTO reform, expanded market opening, implementation of the China-EU geographical indications agreement, animal and plant inspection and quarantine, two-way opening of the financial sector and regulatory cooperation, Wang Wenbin said, noting that all these show the vitality and resilience of China-EU cooperation.

China is willing to work with the EU to promote the healthy and stable development of China-EU relations, the sustained recovery of the world economy, and to inject more stability and positive energy into the turbulent and changing world.