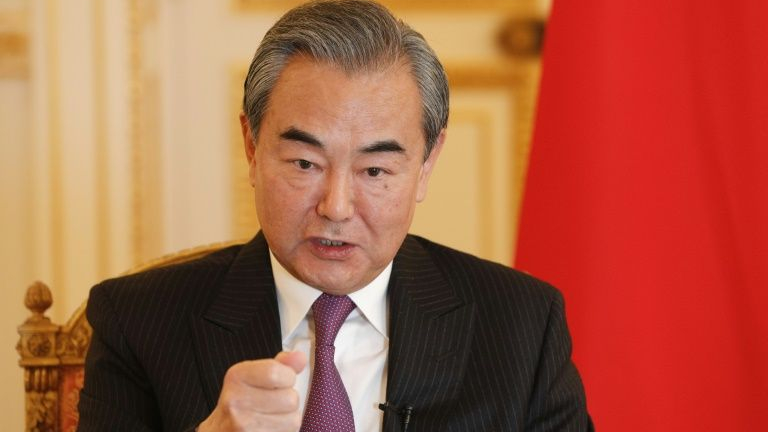 "What is happening in Hong Kong today are in no way peaceful protests," Wang Yi said in an interview with AFP in Paris.

"It's violence pure and simple. These are unacceptable acts in any country," he stressed, accusing the protesters of attacking police, smashing shops, beating up passers-by and paralyzing transport.

"There are foreign forces which are encouraging this sort of violence in the streets with the aim of destabilizing Hong Kong, sowing chaos... to wipe out the historic progress made since the 'One Country, Two Systems' policy was applied," said Wang.

"Such action will never succeed," he added, insisting that the HKSAR government would be able to re-establish "social order and respect for the rule of law".

With "support from Beijing, Hong Kong will continue to adhere to 'One Country, Two Systems' principle", Wang stressed.

Wang also took aim at foreign media, saying that some of them "call this violence democratic and peaceful, in total disregard to reality".

These media outlets "do not hesitate to describe the actions of the police as violence. If such allegations can be perceived as reality, how can we imagine that there is still justice in this world?".

Western politicians and media are keeping silent on the violence in Catalonia and London, compared with their broad coverage on the so-called "pro-democracy activities" in Hong Kong despite that they are growing to be alike, Chinese Foreign Ministry spokesperson Hua Chunying also said on Monday.

Hua made the remarks when responding to the recent violence in Spain's Catalonia and the UK's capital London. Protesters blockaded airports and smashed up shops, claiming they are "copying Hong Kong's riots" while Western politicians and media are taking an apparently different attitude by remaining silent so far.