CHINA Wang Yi: Tariffs will not resolve US 'trade imbalance'

Wang Yi: Tariffs will not resolve US 'trade imbalance' 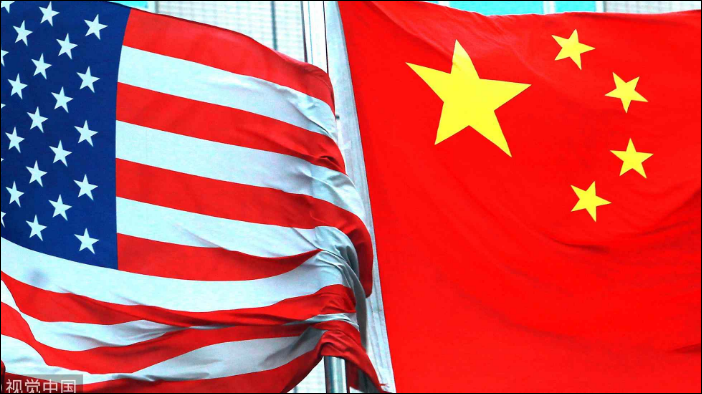 Trade tensions between China and the US have soared in recent months. (Photo: VCG)

Chinese State Councilor and Foreign Minister Wang Yi said on Thursday that tariffs will not resolve the trade imbalance between China and the US.

He also told a press conference on the sidelines of the China-ASEAN (10+1) foreign ministers' meeting in Singapore that China is willing to talk with countries over trade disputes on the basis of equality and mutual respect.

The Chinese foreign minister said "it will only hurt the interests of oneself" by unilateral activities and addressing trade disputes on the basis of domestic law.

In the era of globalization, goods from different countries are linked through value chains and industrial chains, Wang said, adding that about 60 percent of the Chinese exports to the US are manufactured in China by foreign companies, including American companies.

Many Chinese exports to the US are irreplaceable in the American market, he noted. If the US reduces imports from China by imposing tariffs, it will need to import the same goods from other countries, so the "trade imbalance" claimed by the US will not be resolved, he explained.

When asked about whether the trade conflict between China and the US will impact cooperation over the Korean Peninsula, Wang stressed that China does not "do deals" on the diplomatic front in that way, but decides its foreign affairs on the merits of each case and under the principle of upholding international justice.

He reiterated that complete denuclearization and the establishment of a peace mechanism on the Peninsula are two indispensable parts in solving the area's nuclear issue.

Meanwhile, China and the Association of Southeast Asian Nations (ASEAN) have arrived at a single draft negotiating text of the Code of Conduct (COC) in the South China Sea.

The draft text will serve as the basis of future negotiations.

"I believe that the negotiation on COC can be sped up if we exclude external interference," he said.

Facts will prove that China and ASEAN member states are capable of maintaining peace and stability in the South China Sea and reaching regional rules adhered to by all through negotiations, Wang stressed.

China and several ASEAN countries have overlapping territorial and maritime claims in the South China Sea. Both sides hope to reach a COC to avoid conflicts in the region and promote peace.

Relations between China and ASEAN have been growing rapidly, Wang said, describing the maturity of their ties as the biggest outcome of the meeting.

He added that China-ASEAN ties have reached a new stage of all-round development. "We will share opportunities, tackle challenges together, and build a closer community with a shared future," Wang said.

The two sides have reached agreement on a 2030 Vision for China-ASEAN Strategic Partnership, which will be issued at the China-ASEAN (10+1) leaders' meeting in November, he revealed.

Wang also said China and ASEAN will hold a joint naval drill in October, which will serve as a starting point for military exchanges and security cooperation between the two sides.

China and ASEAN celebrate the 15th anniversary of their strategic partnership this year, Wang noted, adding that China is willing to work with the bloc to uphold multilateralism and achieve further progress in regional cooperation in East Asia.