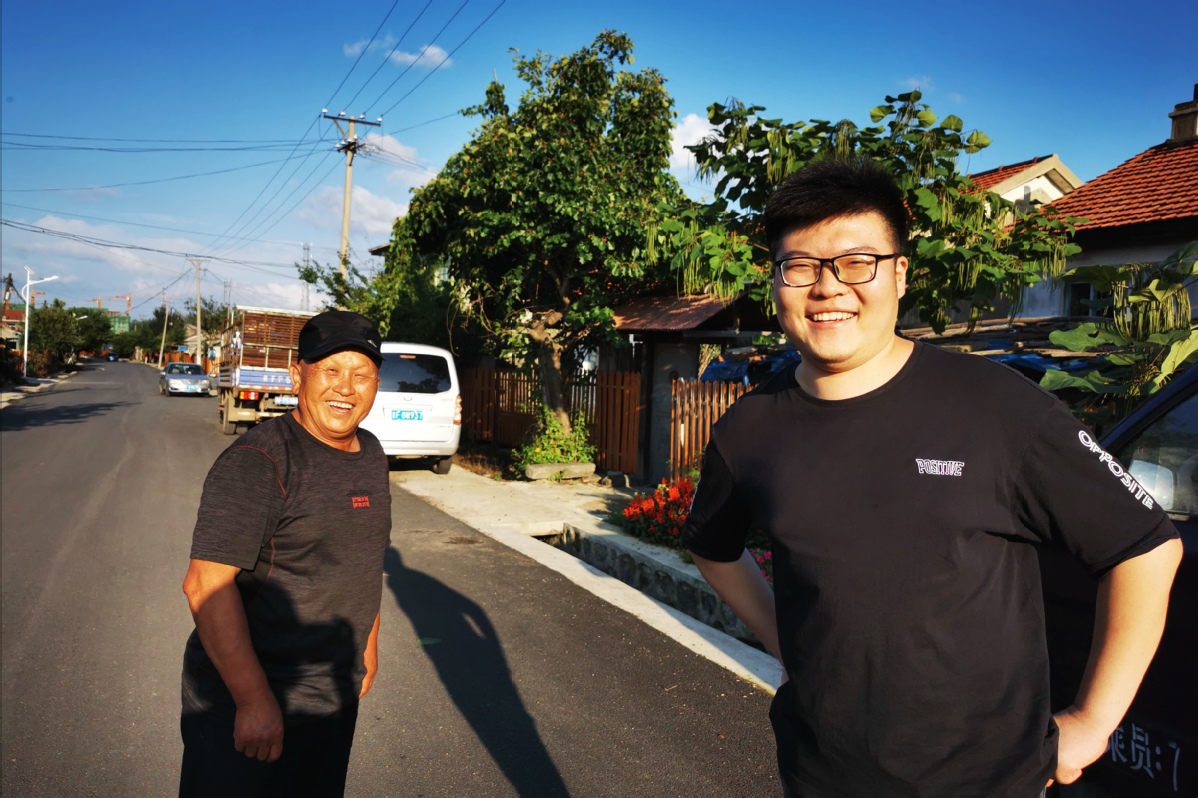 Since arriving at Boan village, Jilin province, in last August, Ma Chengming, 24, has earned a reputation as a can-do figure who will help anyone.

He is responsible for 13 lowincome residents in the village in Jingyu county, including Xiao Fuchen.

"Ma always comes to visit me and helps me solve my problems. Sometimes, he buys daily necessities for me with his own money. This is really a good man," Xiao, 64, said.

However, Ma is no ordinary poverty alleviation worker. He is the great-grandson of General Yang Jingyu, originally named Ma Shangde, a national hero who led the Northeast Anti-Japanese United Army during the War of Resistance Against Japanese Aggression, which lasted from 1931 to 1945.

The village Ma works in is only 3 kilometers from the spot where his great-grandfather died on the battlefield at the age of 35 in 1940.

Sui Xinbo, deputy director of Jingyu county's publicity department, said not all the villagers know about Ma's relationship with Yang, who is highly regarded for the courage he showed fighting in the harsh northern environment. "Ma lays no claim to being a descendant of a hero and always keeps a low profile," Sui said.

Ma was selected by the Jilin provincial committee of the Communist Party of China as an exceptional young person and asked to do the poverty alleviation work.

Before graduating from Tianjin University last year, he had received good job offers from companies based in large cities. However, he said he was drawn to the remote village in the foothills of Mount Changbai. "An odd sensation brought me here," he said. "I want to serve the residents, pay tribute to the revolutionary martyrs and carry on their spirit in my own way."

Ma's initial connection with the area happened two years ago on the 87th anniversary of the Sept 18 Incident, which marked the outbreak of Japan's large-scale invasion of China in 1931. He was invited by a news agency to visit the places where his great grandfather had fought the Japanese aggressors.

Ma got to learn more details about the arduous conditions the revolutionary fighters endured, including freezing temperatures and limited supplies.

He also became aware of the affection and respect local residents still have for the revolutionary soldiers.

"It was at that time that I made up my mind to go work at the grassroots level and do something practical for people here," Ma said.

He is an assistant to the village head and mainly works in poverty alleviation.

Before April, Jingyu, which was named after his great grandfather, was listed as an impoverished county.

Since Ma arrived, he has been kept busy every day visiting low-income families, applying for special allowances for them, informing and explaining policies and helping them get employment training.

"Although these are trivial things, I feel a sense of achievement," Ma said.

Today, there are three poverty reduction workshops in the village, an agritainment project, a flower planting base and a greenhouse for growing vegetables. Low-income villagers can work in the greenhouse for up to seven days a month and earn about 1,000 yuan ($147).

Ma helped one woman who wanted to stay at home gain employment by finding a villager with a vehicle who would take her to a workshop.

Ma was born and grew up in Zhengzhou, capital of Henan province, and has never lived in a rural area before. He said the challenges of his work are more complicated than he expected.

"You have to be patient, be ready to communicate with different people, and keep learning about new policies to better solve problems," Ma said.