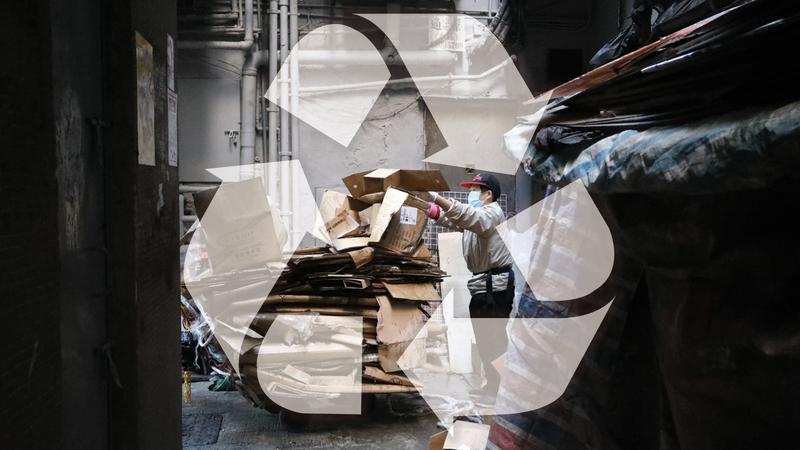 "The country has made marked progress in sorting trash for disposal," said Shen Yueyue, vice-chairwoman of the Standing Committee of the National People's Congress, the nation's top legislative body, when delivering a report on inspection of the solid waste law's enforcement to the committee on Thursday.

The inspection was conducted one year after the committee approved a revision to the law, Shen said. From April to September, four teams of senior lawmakers carried out inspection tours in 26 cities in eight provincial-level regions, including Shaanxi and Hubei provinces.

The law stipulates that cities above prefectural level should start garbage classification in a comprehensive manner. The inspection found that all provincial-level regions have drawn up implementation plans as required, she said.

As of the end of 2020, the 46 cities involved in the national pilot program have essentially built up a garbage classification system, she said. About 94.6 percent of residential communities in those cities classify garbage. On average, roughly 36 percent of garbage in those cities was recycled.

In early 2018, the 46 cities were announced by the Ministry of Housing and Urban-Rural Development to be pilot areas for garbage classification, including Beijing, Shanghai and Tianjin.

Shen said, however, that garbage classification has not been adequately implemented.

The country has yet to establish a complete management system for dumping, collecting, transporting and disposing of sorted garbage, she said, adding that generally, many residents haven't developed the habit of sorting garbage.

In some cities, due to inadequate facilities, sorted waste is mixed together again during transport and disposal processes. Some areas were also found with insufficient facilities to store and dispose of hazardous waste, such as batteries and pharmaceuticals, she said.

"The construction of facilities for domestic garbage classification and disposal should be accelerated. More measures should also be taken to facilitate urban residents' acts of sorting low-value recyclable waste so that they can be collected and disposed," she said.

When reporting to the NPC Standing Committee on Friday, Wang Menghui, minister of housing and urban-rural development, said that as a "systematic project", work to promote garbage sorting cannot be accomplished overnight.

"As found during inspections, we are still confronted with some difficulties and problems," Wang said.

He pledged that a series of measures would be implemented to cope with the situation.

Aside from speeding up the construction of garbage disposal facilities, especially those for kitchen and hazardous waste, the ministry will strive to improve the assessment mechanism for local government work on sorting.

He also pledged intensified efforts to promote garbage classification. The ministry will make students one of the priority targets in publicity work, hoping that they will have a positive influence on their families in developing a habit of sorting garbage.