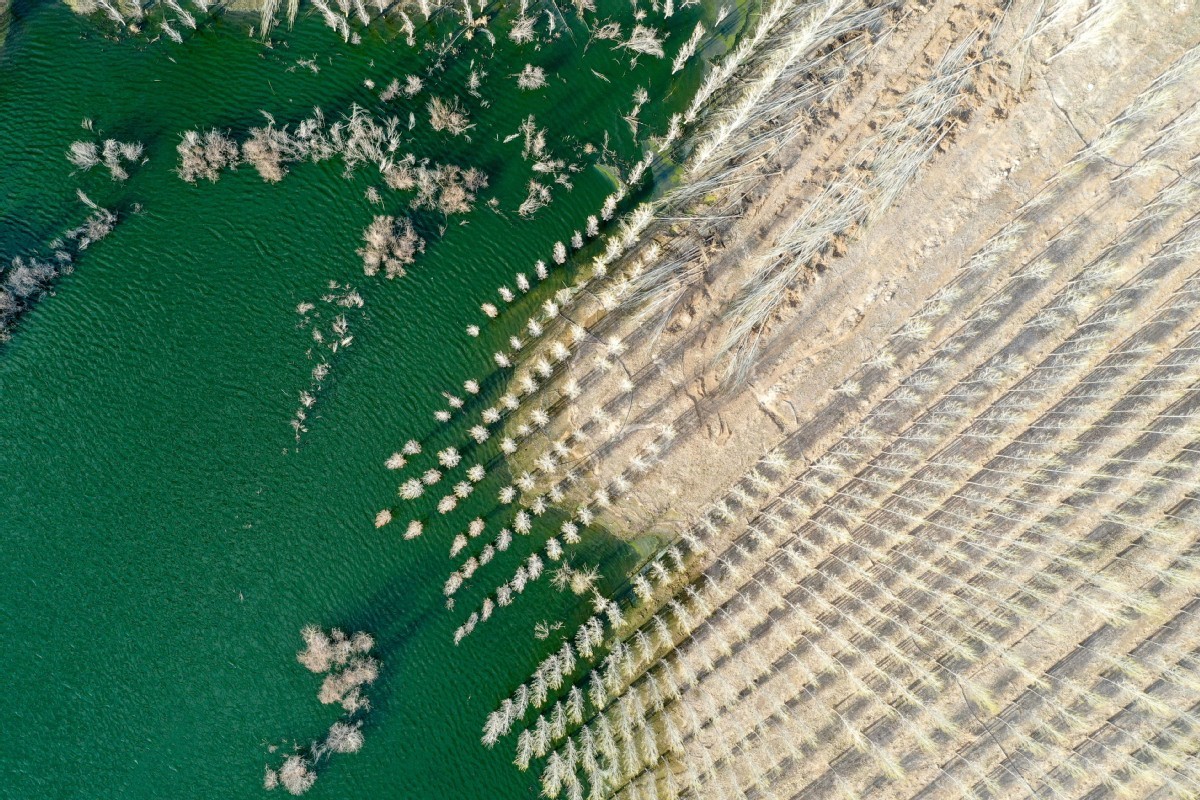 An aerial view of the forest near a reservoir of reclaimed water in Altay, Xinjiang Uygur autonomous region. (Photo: Xinhua)

Located on the outskirts of Altay, the forest was a desert eight years ago.

"Grass was scarce, let alone trees, because there was no water," said Song, who lives in a town about 5 kilometers from the forest.

To acquire the water needed for desert afforestation, Altay, with a population of 100,000, turned to urban domestic sewage.

In 2012, the local government built a reservoir with a storage capacity of 5.19 million cubic meters to hold reclaimed water that is processed from wastewater.

Thanks to the reclaimed water being used for irrigation, over 330 hectares of poplars were planted in the area between 2012 and 2015. 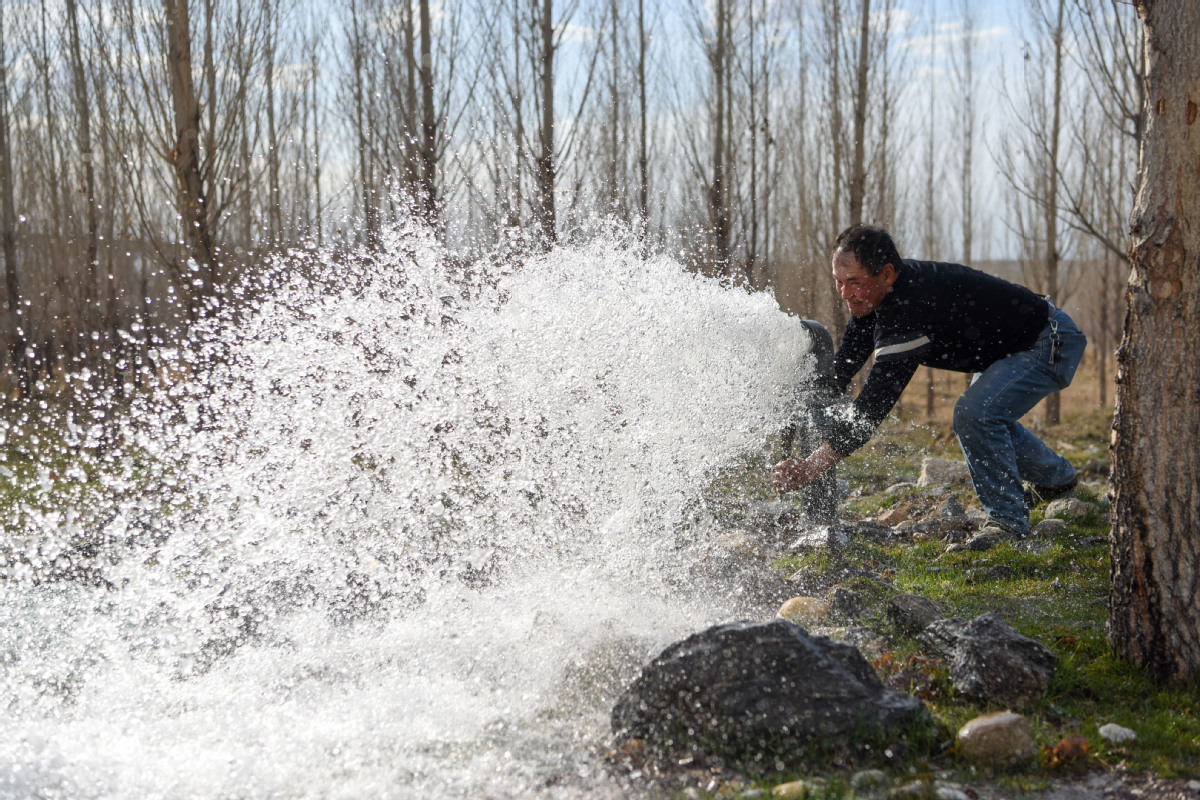 A forest ranger uses water from the reservoir to irrigate poplar saplings on April 19. DING LEI/XINHUA

To help the trees grow better, forest rangers like Song need to go into the forest every day to clear ditches and open irrigation pipes.

They also need to observe the growth of trees so that they can be treated early for pests and diseases.

The desert environment has witnessed a noticeable change.

"It used to be scorching in the summer," Song said. "But with the trees now mature, we feel that the wind is weaker and it is not that hot during the daytime."

In 2016, the local government built a seedling cultivation base to make sure the desert greening project proceeded at full speed.

So far, over 860 hectares of trees have been planted in the desert.

"Now, the most pleasant thing every day is to take a walk on the edge of the forest, enjoy the fresh air and appreciate the trees that I planted," Song said.