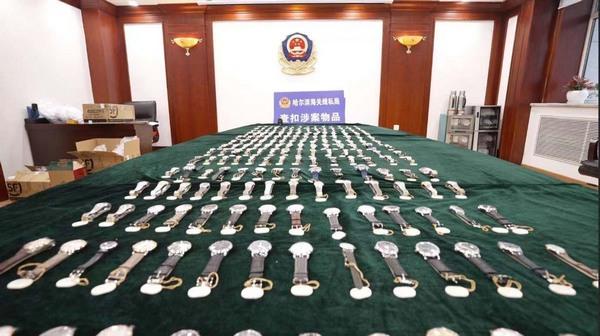 The gang was led by a suspect surnamed Jiang from the city of Harbin, capital of Heilongjiang Province, and the gang members smuggled high-end watches from Hong Kong by working long term in the cities of Harbin and Shenzhen, according to Harbin Customs.