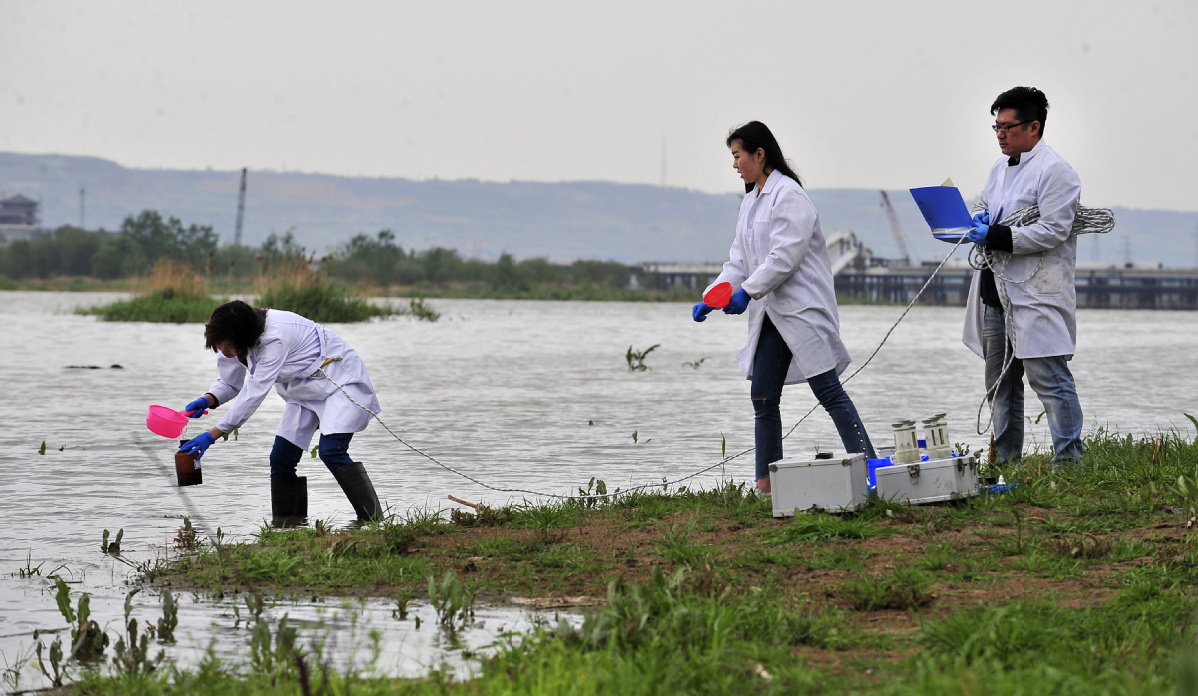 As China's central leader-ship attaches increasing importance to ecological progress, environmental monitoring data has become a key factor that is taken into consideration when officials' performances are assessed by their superiors.

Given that fact, it is little wonder that some officials have attempted to adjust monitoring facilities to make their data look better.

In one example, six automatic air quality monitoring stations in Linfen, Shanxi province, were tampered with more than 100 times from April 2017 to March 2018.

Now, though, aspirations to falsify environmental data are largely a pipe dream.

The latest technologies, such as artificial intelligence, satellite remote sensing and big data, have allowed the Ministry of Ecology and Environment, the country's top environmental watchdog, to build a closely observed environmental monitoring and data collection system that makes falsification almost impossible.

In recent years, the system has proved its efficiency by helping police unearth a series of cases of data falsification, including the one in Linfen.

There are 1,436 national-level stations to monitor air quality across the country. Each is equipped with four AI cameras, two around the automatic sample-collection apparatus and two in the control room, said Wang Taiming, an engineer with the Atmospheric Monitoring Department of the China National Environmental Monitoring Center.

"If anyone has any ideas about tampering, they should just forget it," he said.

Unauthorized entry to the restricted area triggers an alarm in the monitoring management system, he added, pointing at a computer screen that showed real-time surveillance of a monitoring station.

The installation of AI cameras is just the most visible post-reform measure the center has implemented to ensure data integrity.

At the center's headquarters in Beijing, more than 50 people keep a careful eye on real-time data from national-level air monitoring stations. They are divided into 10 teams, and each is given specific tasks aimed at ruling out false data or ensuring that no one tampers with facilities.

For example, one of the teams is responsible for overseeing the alarm system. In addition to unauthorized entry, the interruption of data transmission, which may occur as a result of power failure or an internet blackout, will trigger an alarm.

"If the automatic alarm sounds, the team contacts maintenance staff and orders them to make an on-site inspection," Wang said.

He added that another special team is responsible for backup monitoring facilities. If certain facilities are found to have faults that cannot be addressed, the team ensures that backup facilities will arrive and be put into operation within four hours.