The South-to-North Water Diversion Project has delivered both socio-economic as well as environmental benefits, said Wang Yisen, a leading engineer of the mega project. 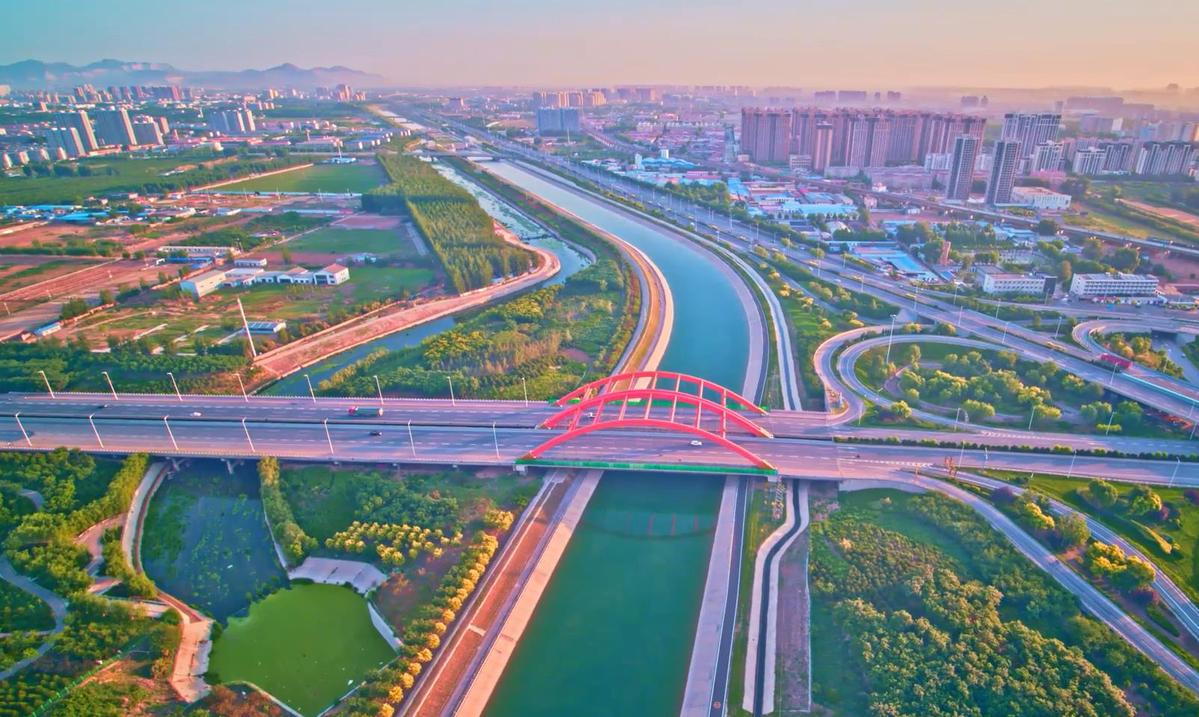 The bird's-eye view of a section of the central route of the South-to-North Water Diversion Project. (Photo: China Daily)

Wang said environmental protection was put on top of the agenda when the master plan of the project was approved by the State Council in 2002.

"The guiding principle is that the project should realize economic, social and environmental benefits at the same time," said Wang, the former chief engineer of the South-to-North Water Diversion Project.

To safeguard water quality in the water resource region, "grain-to-green" initiative has been launched, mountainous areas have been sealed off for reforestation, and pollutant emission is restricted in the areas surrounding the water resource, said Wang.

And efforts have been made to minimize the influence of the project on the water resource area.

For example, Danjiangkou Reservoir, the water source for the central route of the project, is located on Hanjiang River, a major tributary of the Yangtze River. To ensure water supply to lower reaches of Hanjiang River downstream the reservoir, water has been diverted from the Yangtze to feed the Hanjiang River.

Since Dec 12, 2014, the first phase of eastern and central routes of the project has delivered nearly 30 billion cubic meters of water to the country's parched north.

It has benefited 120 million people along its routes and serves as a lifeline of water supply for more than 40 major cities in the north, according to data from the Ministry of Water Resources.

In addition to providing water for urban living and industrial uses, the central route of the project also sends water to dried rivers in Henan and Hebei provinces by transferring water from the Danjiangkou Reservoir during its flood season. It has improved the ecological environment, purified the air and increased the green coverages along the water recipient areas, Wang said.

Also, a "green corridor" has been built along the central route, with belts of trees planted on both sides of the water channel, he said.

The eastern route of the project, following the path of the ancient Beijing-Hangzhou Grand Canal, has revitalized the ancient water channel through dredging and renovation of river embankment, according to Wang.

It has greatly restored the navigational capability of the ancient canal by supplying water to lakes that serve as its sources of water supply and connecting the canal with water bodies along its routes such as Hongze Lake and Luoma Lake.

In a word, the water diversion project has formed a shared community of life with the natural environment along its routes, forming an ecological barrier, said Wang.