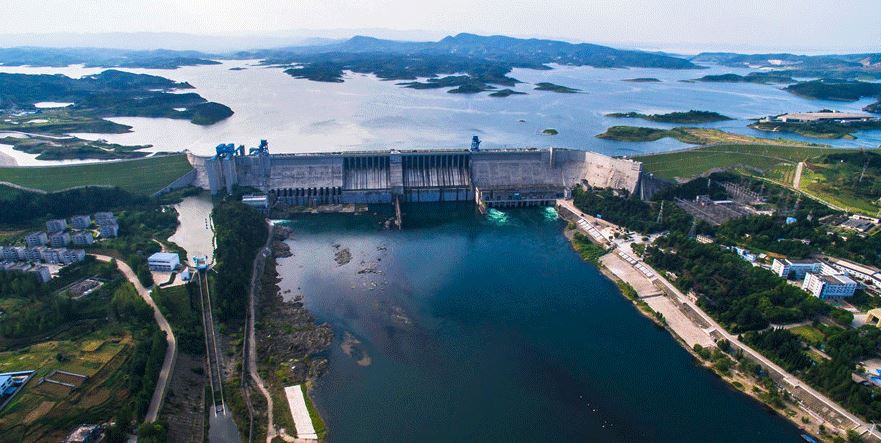 The Danjiangkou Dam in Hubei province. China's South-to-North Water Diversion project, the world's largest, is designed to take water from the country's longest river, the Yangtze, through eastern, middle and western routes to feed dry areas in the north. (Photo:china.org.cn)

The Construction and Administration Bureau of South-to-North Water Diversion Middle Route Project said that, as of Friday, the project has transferred 20 billion cubic meters of water since the project started in December 2014.

Thanks to the project, over 53 million residents in central China's Henan Province, northern China's Hebei Province, Beijing and Tianjin have bid farewell to unsafe drinking water.

So far, 37 cities and counties and 83 waterworks in Henan have received transferred water as planned, while 11 new waterworks have been built up, with the beneficiaries in the province increasing by nearly one million.

Aimed at increasing water safety and improving the water ecology and environment along the route, the middle route project has been carrying water through canals and pipes from the Danjiangkou reservoir in central China's Hubei Province to Henan, Hebei, Beijing and Tianjin since 2014.

The project has also helped prevent the falling of underground water levels in the North China Plain. Meanwhile, test results have shown that the good water quality of the source of the middle route project has also ensured drinking water safety for residents.