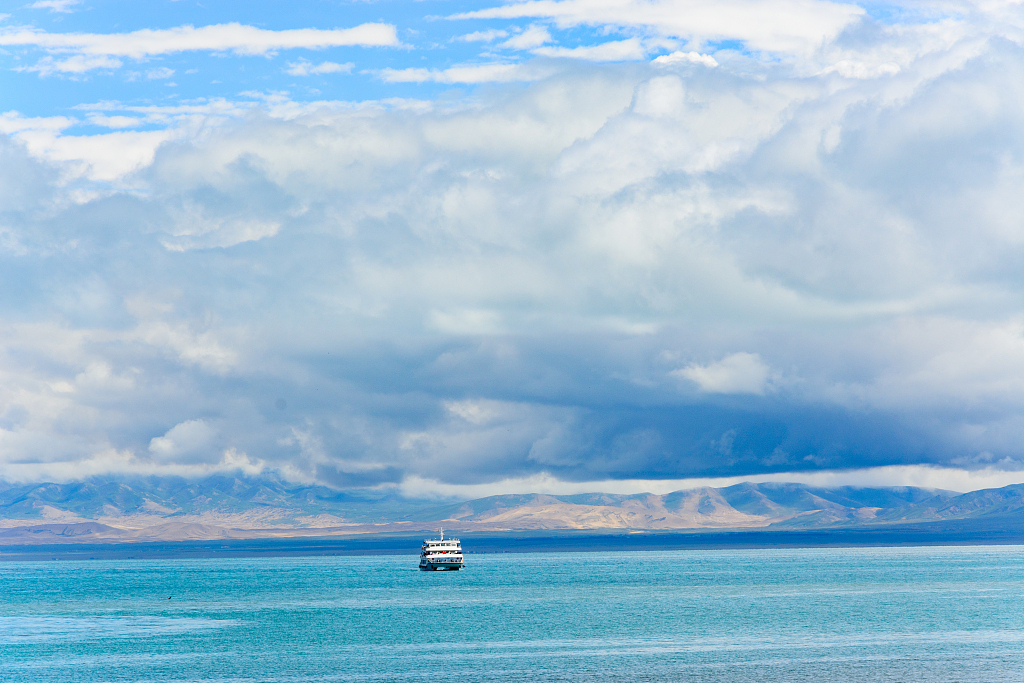 Qinghai Lake, situated in northwest China's Qinghai Province, has been expanding since 2005. The average water level was 3,195.97 meters last year, according to the Qinghai hydrology and water resources investigation bureau.

Statistics show the area where the lake is located saw an average precipitation of 447.7 millimeters in 2019, 20 percent higher than usual.

Experts said the rising level of the lake could help increase the area's humidity and temperature, which contributes to the improvement of the region's wildlife habitat and ecosystem.

Dubbed as the "most beautiful lake in China," Qinghai Lake plays an important role in the ecological security of the Qinghai-Tibet Plateau. The lake had been shrinking since the 1950s, but combined effects of conservation and changes to the regional climate turned things around in 2005.