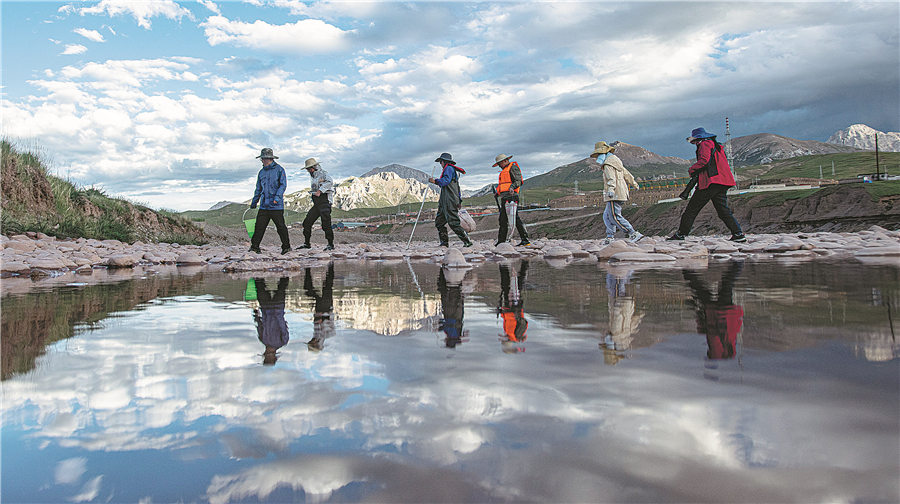 As a key part of the Qinghai-Tibet Plateau ecosystem, the sources of the Yangtze and Lancang rivers are sensitive to climate change and the fragile ecological environment. They have an important impact on the stability of the climate system, water security, biodiversity and ecosystems.

In the Yushu Tibetan autonomous prefecture, Qinghai province, the Changjiang River Scientific Research Institute, led by the Changjiang Water Resources Commission of the Ministry of Water Resources, launched the 2022 comprehensive scientific expedition to the sources of the rivers. The scope of this expedition is the Tuotuo River, the source of the Yangtze River, the Dangqu River in the south, the Chumar River in the north, and the source area of the Lancanag River. This scientific expedition will conduct fixed-point "physical examinations" in the source regions, including the observation of ice storage and wetland carbon storage.