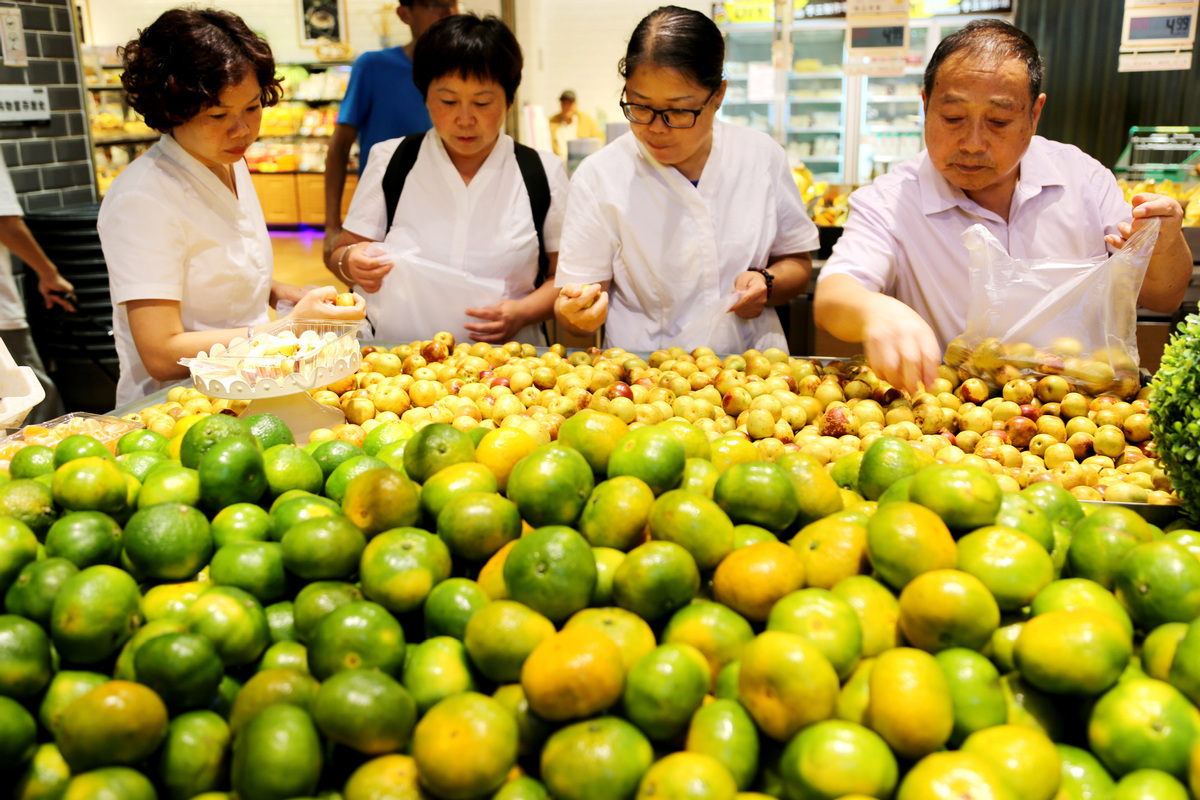 China's consumer price index, a primary barometer of inflation, rose by 2.2 percent year-on-year in November, down from 2.5 percent in October, the National Bureau of Statistics said on Sunday.

China's producer price index, which measures factory-gate prices, was up 2.7 percent year-on-year last month, with the increase narrowing for the fifth consecutive month.

The slower growth of prices last month may signal mild inflation in the coming months, which will create conditions for policymakers to moderately loosen monetary policy to ensure stable economic growth, analysts said.

In month-on-month terms, the CPI fell by 0.3 percent in November, compared with a 0.2 percent growth in October. The falling prices were due to sufficient supply of vegetables and slackened demand for pork, as well as nonfood factors such as weak international oil prices and the November 11th online shopping tradition, also known as Singles Day, which weighed down prices due to sales promotions, analysts said.

The PPI edged down 0.2 percent on a month-on-month basis in November compared with a 0.4 percent growth recorded the previous month. The decline was mainly due to an easing of environmental protections which reduced production costs, diminished demand for some products amid colder weather and falling international oil prices.

The softening of both the CPI and the PPI in November indicates that inflation may continue to weaken mildly in the coming months, leaving room for policymakers to moderately loosen monetary policy to help stabilize China's economic growth, said Li He, a Bank of China analyst, who forecast that full-year growth for both the CPI and the PPI could be 2.2 percent and 3.6 percent respectively.

"In the first half of 2019, China's CPI may continue to be weaker than expected due to China's possible increase of agricultural product imports from the United States as they have agreed to temporarily halt their trade confrontation. This, together with the global rice harvest, will help drag down domestic agricultural product prices," Li said. Prices of international bulk commodities are also expected to fall, which will help China maintain stable prices, he said.

"The overall economic situation, as we forecast, will be largely stable," he said, adding that the CPI is expected to fall between 2 percent and 3 percent in 2019, similar to this year's performance.

Some Chinese exporters have rushed to export amid trade tensions with the US, and infrastructure investment has picked up due to support from proactive fiscal policy－factors that help stabilize growth despite the easing of the real estate sector, he said.

In the short term, even as China-US trade tensions are expected to continue next year, Zhang said China still has room for increasing debt issuance to offset the impact from the trade conflict as the ratio of government debt-to-GDP remains at appropriate levels. "Although growth may ease next year, China still has room to make supportive policies to stabilize its economy."

He also suggested that China expand economic opening-up, especially for the services industry, and further improve the business environment in order to boost the economy.

Yao Jingyuan, former chief economist at the NBS, said China needs to further restructure its economy next year to seek high-quality development. "We have made some headway in economic restructuring this year and we should further carry it out next year," he said.