Experts call for definition and relief measures to be explained better

The claim that "only 17 people live in poverty" in the coastal province of Jiangsu - one of China's wealthiest regions - has sparked online discussions over the veracity of poverty figures and how to define "poverty".

Experts said such doubts showed there's a knowledge gap among the public and called for better explanations of poverty relief measures. 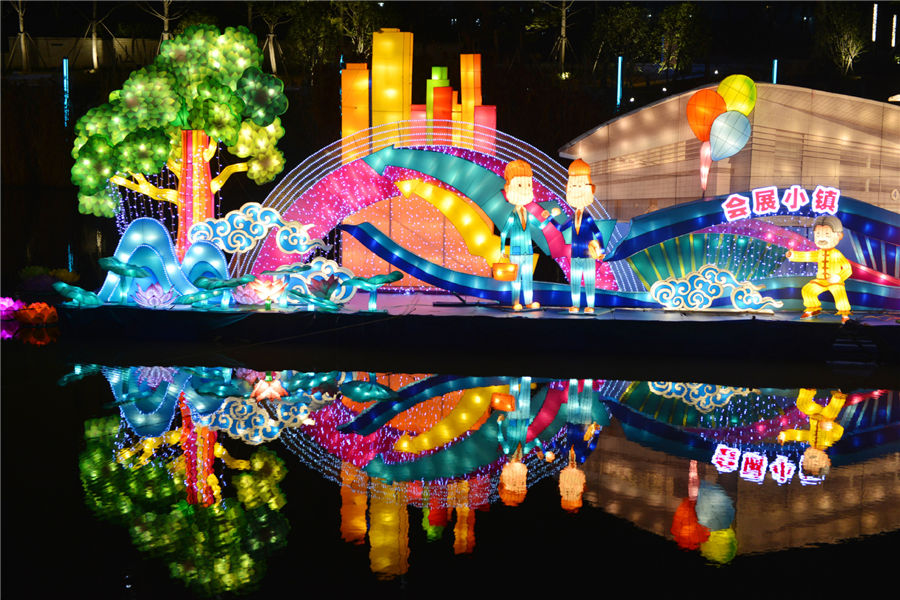 The discussions started after Zhu Guobing, head of the poverty relief office in Jiangsu, told a local legislative gathering on Tuesday that only 17 people from six families remain in poverty across the province.

The topic "Jiangsu has only 17 people in poverty" quickly began trending on the Sina Weibo microblog, where many users wondered how the province of more than 80 million residents obtained the ultra-precise statistics.

Other netizens lamented that they felt poor themselves but were not included in the relief system, suggesting that the national poverty line-defined as an annual per capita income of 2,300 yuan ($332), set in 2010 and adjusted regularly for purchasing power parity-was too low for today's China.

In response, the provincial poverty relief office told Beijing News on Wednesday that 17 was the head count of registered poor people as of Dec 31, and it is an accurate and floating figure based on comprehensive national and provincial databases.

The data may change on a weekly basis, as some may escape or slip back into poverty, the newspaper said, quoting an unnamed official.

The report said the standard Jiangsu adopted to determine "absolute poverty" is an annual income of 6,000 yuan per person.

Defining 'out of poverty'

China started a massive poverty alleviation campaign in late 2012, aiming to wipe out absolute poverty by the end of this year. To have a precise understanding of how many people suffer from poverty, relief authorities created a profiling system that requires local officials to register poor people one by one and specify the causes of each person's impoverishment.

Before that, China only had murky numbers about the poor, usually estimations based on previous surveys.

As for the doubts over how to define poverty, Yan Jirong, deputy director of Peking University's School of Government, said such suspicion showed there's a knowledge gap among the public over some basic concepts in poverty alleviation.

"People have many questions: How is absolute poverty defined? Will the poverty line change? What affects the change?" he said.

For example, Jiangsu, the second-richest provincial region in China in terms of GDP, raised its poverty line to per capita income of 6,000 yuan a year. Jiangsu had a GDP of 9.26 trillion yuan in 2018.

Yu Aizhi, a professor at Central University of Finance and Economics who specializes in the rural economy, said the poverty line in Jiangsu is more than sufficient to sustain a farmer's life, given that many farmers have land.

Apart from per capita income, the central government has introduced other criteria for shaking off poverty: being free of worrying about food and clothing, and having access to compulsory education, healthcare, safe housing and safe drinking water.

Both experts emphasized that getting out of "absolute poverty" does not equal a well-off life, and warned of the risk of raising the current poverty line, as it will sharply increase the number of have-nots, which could dilute the relief effort and jeopardize the interests of the poorest of the poor.

Although Jiangsu has neared the elimination of absolute poverty, many regions across the country, particularly mountainous areas in western China, still face an arduous task to pull all their people out of poverty by the end of this year.

At the end of 2018, 16.6 million people were still living in absolute poverty. Joint efforts made by government and society pulled more than 10 million people out of poverty last year, according to official data.

Yan also suggested the government and the media do more to explain the basic concepts of poverty alleviation to the public to reduce doubts such as those expressed about Jiangsu's figures.