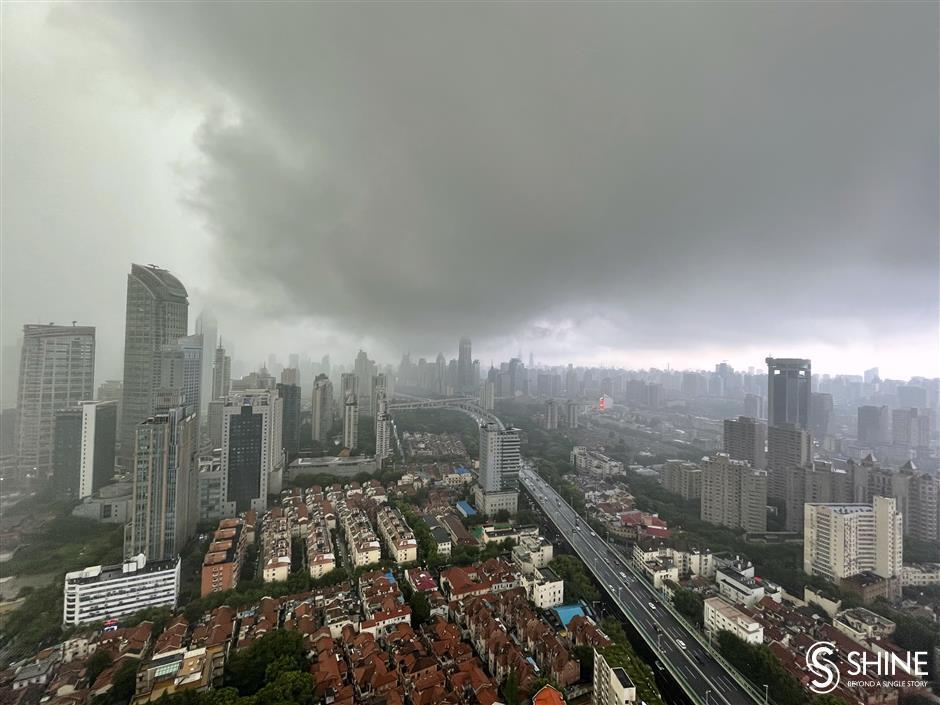 Shanghai was covered by thick, dark clouds and hit by heavy rains which triggered weather alerts on Wednesday.

Local meteorological bureau issued a yellow (lowest level) lightning alert at 3:23am and updated a blue rainstorm alert to a yellow (second lowest level) at 12:38pm.

Short-term precipitation could exceed 50 millimeters within an hour in central city, Baoshan and Chongming districts as well as the Pudong New Area, the bureau warned.

The bad weather is forecast to last three days due to a subtropical high pressure, according to the bureau.

Temperatures are expected to suffer a small drop and to range between 25 and 29 degrees Celsius from Thursday to Sunday, said forecasters.