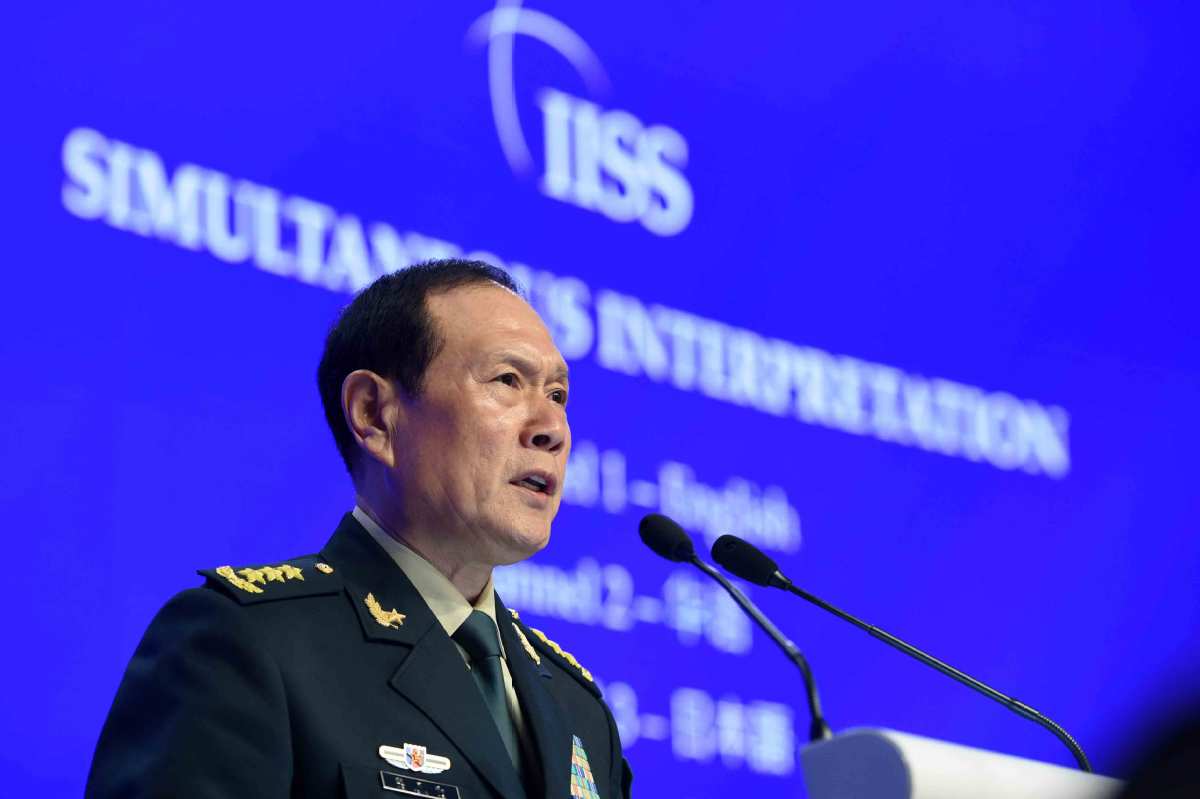 The People's Liberation Army will adamantly support regional and world peace, but will not be "bullied or preyed upon" by foreign powers into giving up national sovereignty and legitimate interests, State Councilor and Defense Minister General Wei Fenghe said on Sunday in Singapore.

Experts said Wei's speech at the Shangri-La Dialogue, a key defense summit, marked a milestone in Chinese military diplomacy as Wei showcased the PLA's confidence, positions on key issues and its sincerity and willingness to exchange and cooperate with other countries.

It is the first time in eight years that a Chinese defense minister has participated in the event.

Building a community with a shared future for mankind is the right path forward and the trend of the times amid growing uncertainty and instability around the world, he said.

"No approaches to regional issues should resort to military blocs, nor should they undermine the interests of others," Wei said.

He called out the United States for its military support to Taiwan and naval operations in the South China Sea, saying they have undermined China's national sovereignty and territorial integrity.

China resolutely follows the path of peaceful development and this commitment is enshrined in the constitutions of both the Communist Party of China and the People's Republic of China, Wei said. "If this is not convincing enough for some people, nothing will be."

Moreover, China adopts a military strategy of "active defense", with emphasis on self-defense and post-strike response. The strategy's purpose is entirely for self-defense and coping with security threats using a reasonable and appropriate defense expenditure, he added.

"In the future, no matter how strong it becomes, China will never threaten anyone, seek hegemony or establish spheres of influence," Wei said, adding that the Chinese people "know too well the value of peace" given the country's turbulent history and that "hegemony does not conform to China's values and national interests".

However, when someone is trying to undermine China's sovereignty, security and developmental interests, Wei said, the PLA is not afraid to face challenges head on "and will resolutely take action and defeat all enemies".

"We have never bullied or preyed upon others, and we will not let others bully or prey upon us either," he added.

Lieutenant General He Lei, former vice-president of the PLA Academy of Military Science, said Wei's speech clearly and objectively articulated the purposes, positions and aspirations of the Chinese military.

"Wei's speech demonstrates the confidence of the PLA and the Chinese people. Some might think his tone is a bit tough, but I think it is perfectly appropriate," He said.

Wei also "honestly answered all 22 very sensitive and difficult" questions from the audience, further cementing the PLA's image as a confident and responsible force, he added.

Major General Jin Yinan, a retired professor of international relations at PLA National Defense University, said Wei has highlighted the fact that China is a nation that promotes inclusive and cooperative relations between cultures, but it also has principles and bottom lines that should not be crossed.

"The PLA is becoming more rational, confident and open as it enters the world stage. But some people just want to see China and the US in conflict," he said. "We have to keep calm and build consensus with others. Arming to the teeth is not the real solution to conflicts."

Major General Zhang Yingli, a professor of defense affairs at PLA National Defense University, said mutual trust is the foundation for military cooperation between China and Western countries. Wei leading the Chinese delegation showcases that the PLA is open and willing to reach out, Zhang said.