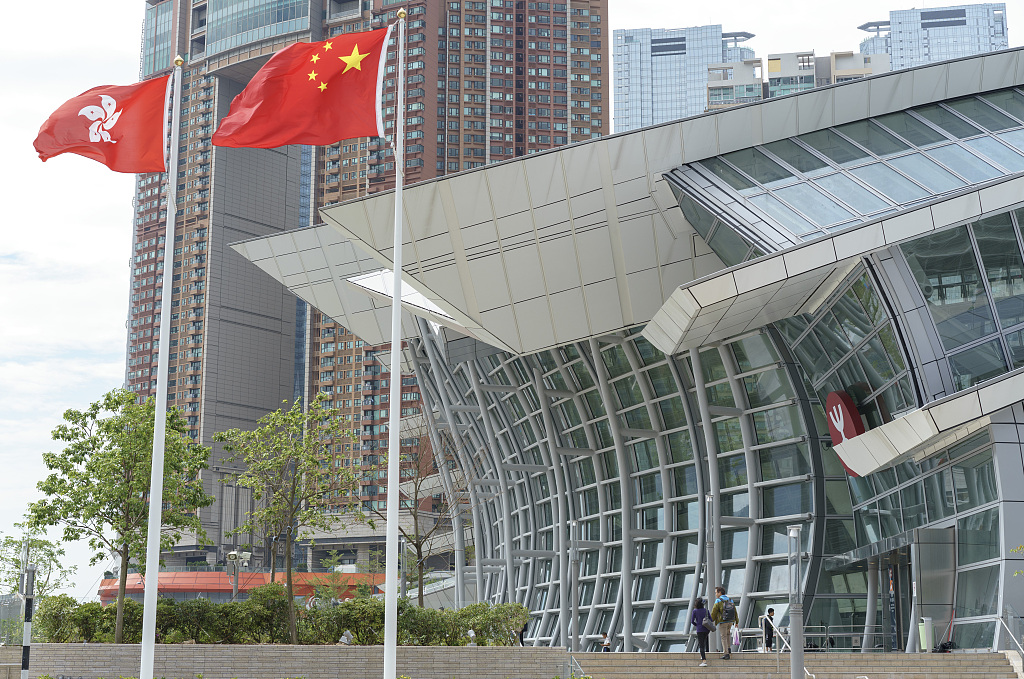 Officers at the West Kowloon border inspection station vowed to continue safeguarding the "one country, two systems" principle after being awarded a group first-class merit by China's Ministry of Public Security.

They (officers) have political sense, understand the overall situation, take the responsibilities and have done an outstanding job carrying out the joint border checks, according to a press release the station sent to the Global Times on Monday.

The checkpoint, located in an area in the West Kowloon train station of the Guangzhou-Shenzhen-Hong Kong Express Rail Link, is under mainland jurisdiction. It was established in September 2018 and administered by Shenzhen authorities in South China's Guangdong Province.

It allows passengers from Hong Kong to pass through immigration inspection, customs and border quarantine at the West Kowloon terminus and take the high-speed train directly to mainland cities.

In operation for more than a year, the station has examined more than 73,000 trains and more than 20 million travelers. The checkpoint also launched a special E-channel for Chinese nationals, dialect-guided broadcasting and an emergency green light channel to better serve passengers. It also expanded 40 self-service inspection channels, the press release said.

Officers vowed to continue safeguarding the "one country, two systems" principle and serve the development of the Guangdong-Hong Kong-Macao Greater Bay Area.

Chinese net users said being granted a first-class merit is rare in the public security system.

The Order on Rewards for the People's Policemen of Public Security Organs said the first-class merit is awarded to individuals and groups who have made significant contributions in cracking down on activities that endanger national security and public security, subvert sovereignty, and undermine social and economic order.

Contributions could also be made in the proper handling of emergencies, control and prevention of crimes and innovation and scientific inventions in everyday work.

Fan Peng, a member of the Chinese Association of Hong Kong and Macao Studies, told the Global Times that officers at the checkpoint are practitioners of joint checkpoint arrangements.

Some people were concerned the arrangement would lead to judicial confusion in practice. But Fan noted that the smooth and efficient operation of the checkpoint justified the once controversial arrangement, facilitated Hong Kong-mainland exchanges and safeguarded the "one country, two systems" principle.

Recent social unrest in Hong Kong also added to their pressure, but the team had addressed the challenges, he said.

A Hong Kong resident surnamed Yang who travels frequently through the West Kowloon train station told the Global Times on Monday that the security measures have been tightened in recent months amid escalating unrest.

The customs officers at the inspection station arrested a woman carrying six suitcases and cracked down on an illegal chain of luxury items with the help of police from other places. The gang had smuggled goods like luxury watches, jewelry and handbags worth 320 million yuan ($45 million), China Central Television reported on Monday.