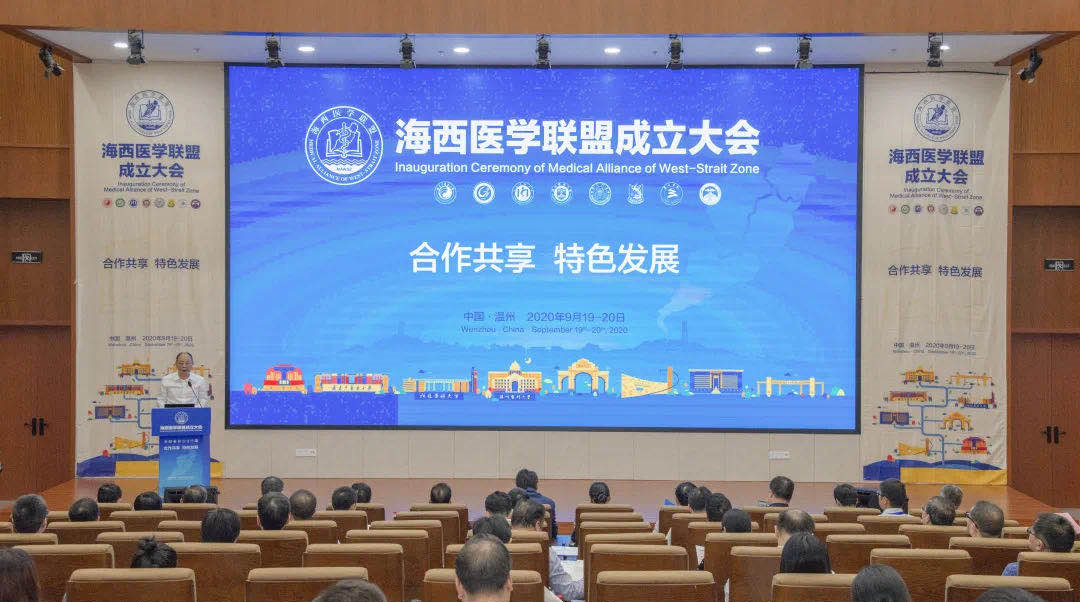 The inauguration conference of the West-Taiwan-Straits Medical Alliance is held on the Chashan Campus of Wenzhou Medical University in Wenzhou, Zhejiang province, on Sept 20. (Photo: China Daily)

The West-Taiwan-Straits Medical Alliance, proposed by Wenzhou Medical University, has been established in Wenzhou, Zhejiang province.

The urban agglomeration on the west side of the Taiwan Straits consists of more than 20 prefecture-level cities in Fujian, Zhejiang, Jiangxi and Guangdong provinces. It connects with the Yangtze River Delta in the north and the Pearl River Delta in the south.

The eight universities signed a joint declaration to strengthen academic research, talent training and regional cooperation to enhance the area's overall performance in both medical education and treatment.

Online and offline attendees of the alliance's inauguration conference included two former vice-ministers of the Ministry of Education, deputy director of the department of higher education of the Ministry of Education, Zhejiang government officials, seven academicians of the Chinese Academy of Sciences and the Chinese Academy of Engineering, and presidents of the eight allied universities.

During the alliance's preparatory meeting, held on Sept 19, the alliance's constitution was reviewed and approved and the alliance's rotating council was elected. Li Xiaokun, president of Wenzhou Medical University, was elected chairman of the West-Taiwan-Straits Medical Alliance.