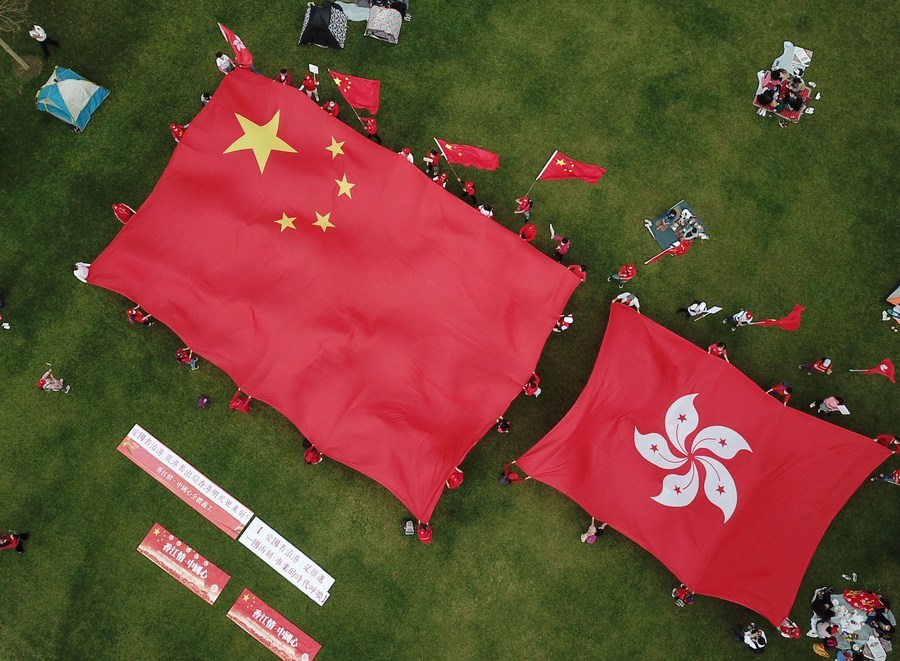 An improved electoral system in Hong Kong will help safeguard its stability and long-term prosperity and the requirement for patriots administering a region or country is common and rational, according to analysts.

The decision of the National People's Congress on improving the electoral system of the Hong Kong Special Administrative Region, passed on Mar 12, authorizes amendments to the SAR's system of electing the chief executive among others. Central authorities are consulting with people of various fields on specifics.

China's principle of "one country, two systems" applied to its Hong Kong and Macao special administrative regions has been "an unprecedented concept in human history" and "a very good" one fitting into local conditions, said Henry Chan, visiting senior research fellow at the Cambodian Institute for Cooperation and Peace, a think tank in Phnom Penh.

The NPC decision to improve Hong Kong's electoral system is "a right thing to do" to plug legislative loopholes, he said, and "it is necessary to have people who are true patriots to administer Hong Kong".

The SAR has experienced painful and destructive chaos and rioting in 2014, 2016 and 2019 as anti-Beijing forces tied to foreign politicians sought to seize power by varied means.

"The exceptionalism chip many Hong Kong citizens carry on their shoulder is unhealthy," said Cheong Kee Cheok, Associate Fellow at the Institute of China Studies, University of Malaya. "It allows external parties to subvert the territory's governance, as the (SAR's) riots showed."

Moreover, he added it is China's right to change and improve the electoral system in the HKSAR.

He also warned that China should be prepared for more attacks from the hostile Western media. As long as the country holds steadfast to what it is doing, "the Western media cannot hurt what China is doing within its rights".

The most important purpose of the central government is to ensure the stability and development of Hong Kong, said Wang Jing, assistant professor, department of international relations, University of Ulsan in South Korea.

He noted that some countries in the West after recovery from the COVID-19 epidemic, may try to achieve the de-China strategy and "gradually decouple from China".

"Instability in Hong Kong, an important financial center and major component of the stable development of the economic strategy of the Greater Bay Area, is undoubtedly of great concern to China," he said.

From the perspective of international relations theory, all issues should be based on the interests of the country. "As such the reform of the Hong Kong's electoral system is understandable", he said.

China needs a stable and prosperous Hong Kong, in contrast to chaos created by rioting, legislative filibustering and other disruptions with outside interference.

Noting Hong Kong has an executive-centric administrative system under the Basic Law of the HKSAR, Chan from Cambodia said the modified democratic electoral system will help form a legislature that is more supportive to the chief executive. All this is conducive to administrative efficacy.